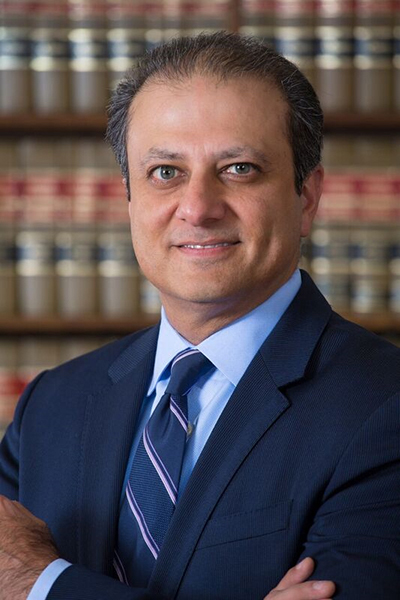 The Dr. Krishna Gujavarty Seminar on Leadership and Values will feature a lawyer lauded as one of the “100 Most Influential People in the World” by Time magazine 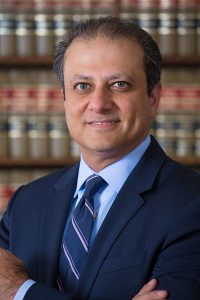 . Former U.S. Attorney for the Southern District of New York Preet Bharara will be the featured speaker in this year’s seminar on Friday, March 22, at 5:45 p.m. in the Charles B. Wang Center Theater on the Stony Brook University campus.

The seminar will explore issues in leadership, corporate responsibility, and ethics and compliance through experiences from Mr. Bharara’s storied legal career.

Nominated for his U.S. Attorney position by President Barack Obama in May 2009, Mr. Bharara earned a reputation as one of “the nation’s most outspoken and aggressive prosecutors,” according to the New York Times. His office’s case against SAC Capital, for example, resulted in the largest fine ever paid in the history of insider trading prosecution, a standout moment in a tenure that also included the creation of the office’s Terrorism and International Narcotics unit, numerous insider trading convictions in addition to the SAC Capital Case, and a series of public corruption cases against members of New York City and State governments.

Mr. Bharara is currently a Distinguished Scholar in Residence at the New York University School of Law and host of the podcast Stay Tuned With Preet.

The Dr. Krishna Gujavarty Seminar on Leadership and Values is free and open to the public.