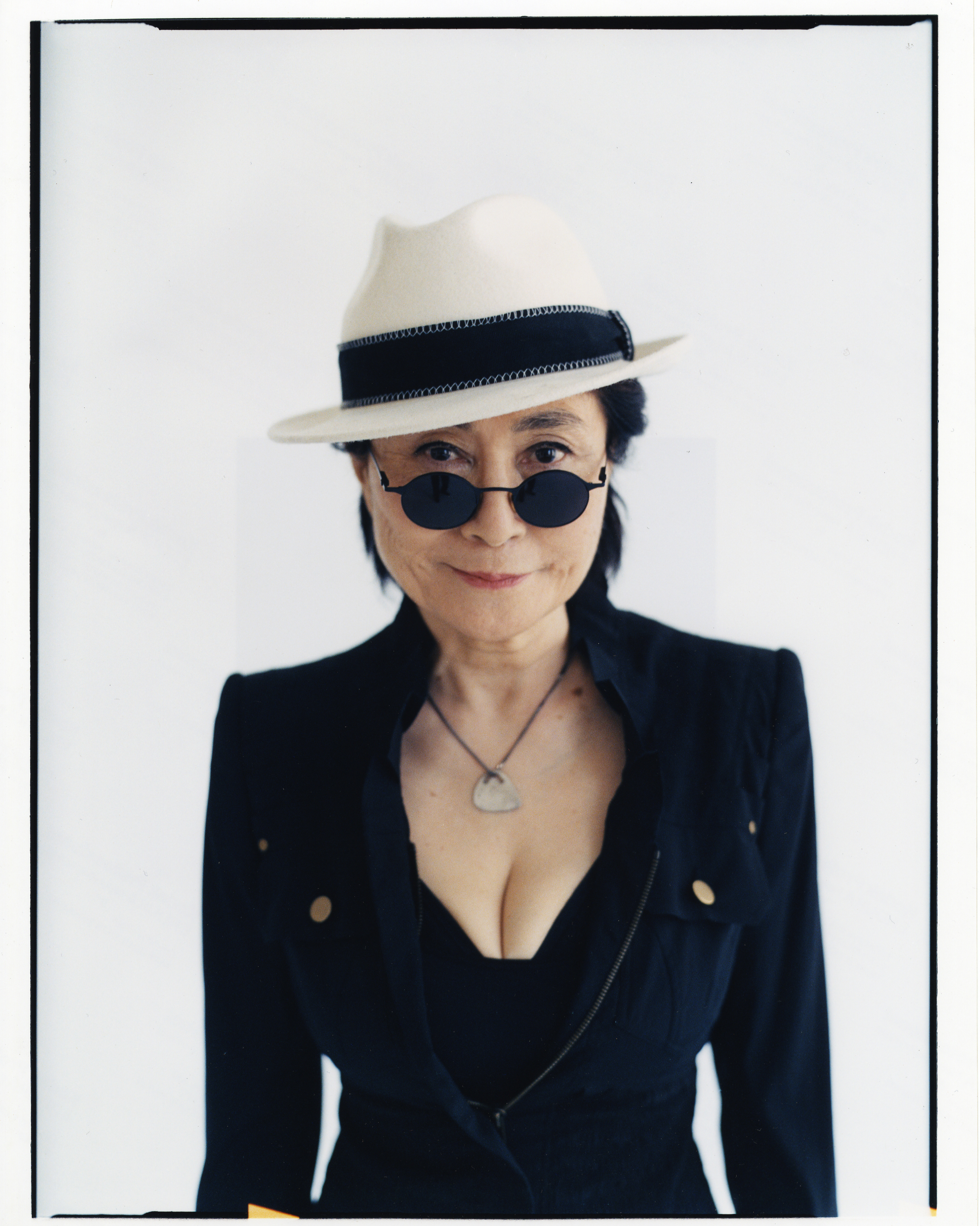 Yoko Ono Imagine Peace: Featuring John and Yoko’s Year of Peace will be presented at the University Art Gallery in the Staller Center from September 6 through October 15. Originally organized by the Myers School of Art at The University of Akron, the exhibition was curated by Kevin Concannon and John Noga. Staller Center is the first venue in New York to present this traveling exhibition.

The closing night of the Art Gallery exhibit coincides with the first concert of the Staller Center 2011-2012 season: The Ghost of a Saber Tooth Tiger—comprised of the duo Sean Lennon and Charlotte Kemp Muhl—who will perform on Staller’s Recital Hall on October 15 at 8:00 pm.

Yoko Ono Imagine Peace: Featuring John and Yoko’s Year of Peace focuses on the thematic ideals of peace and love. The exhibit presents the work of Yoko Ono and John Lennon chronologically as solo artists and as a couple in the 1960s as well as a selection of Ono’s recent solo works.

Ono’s career has spanned six decades. Beginning in the 1950s, she was a pioneer of emerging new art forms, moving freely between genres from avant-garde to pop. An important Fluxus, performance, and conceptual artist, she became well known in the 1960s for her Chambers Street loft events, which included many fellow Fluxus artists. During the past five decades, Ono has continued her prominence as an artist, poet, filmmaker, musician, performance artist and peace activist. In 2009 she was awarded the Golden Lion for Lifetime Achievement at the 53rd Venice Biennale. In 2011 Ono will receive the eighth Hiroshima Art Prize, established by the city of Hiroshima to recognize artists who have contributed to world peace through contemporary art.

Yoko Ono Imagine Peace showcases interactive works by Ono that demonstrate her long-standing practice of involving individuals in the process of achieving peace through the power of imagination. As she observed in her 1972 song Now or Never, “A dream you dream alone is only a dream, but a dream we dream together is reality.”

The exhibit includes installations that are designed to help visitors spread the message of love and peace worldwide through the use of rubber stamps, postcards, flashlights and buttons. These works include: Imagine Peace (Maps); Onochord; and imagery of Imagine Peace Tower located in Reykjavik, Iceland, which was dedicated in 2007 on John Lennon’s birthday. An interactive Wish Tree outside the entrance to the Staller Center will allow gallery visitors to hang tags on which they have written their individual wishes for peace. The tags will be collected at the conclusion of the exhibition and sent to Reykjavik, Iceland, where they are being collected to be incorporated into Imagine Peace Tower at a future date. Banners and electronic billboards on the Stony Brook campus and ads in community newspapers will also spread the Imagine Peace message.

Other works featured in the exhibit include Ono’s all-white chess set, Play It By Trust; Lennon’s lithographs from the Bag One Portfolio; and collaborative works such as their Acorn Event, Bed-In, and the international advertising campaign, War is Over!

The exhibit will be accompanied by a six-page full-color brochure available for free at the University Art Gallery. In addition, copies of the boxed catalog written by Kevin Concannon and produced by the Myers School of Art at The University of Akron will be available for sale.

Two multi-media lectures will be offered in conjunction with the exhibition: “Yoko Ono: Imagining Peace 1966–2011” at 1:00 pm on September 6 by Kevin Concannon, Professor of Art History and Director, School of Visual Arts at Virginia Tech, and “Instructions for Life: Yoko Ono and Fluxus” at 1:00 pm on October 5 by Midori Yoshimoto, Gallery Director and Associate Professor of Art History at Jersey City University. Additional educational programming will be announced on the Staller Center Web site.

Gallery hours are Tuesday through Saturday, 12:00 pm to 4:00 pm and Saturday evenings from 7:00 pm to 9:00 pm. The Gallery is also open during intermission of The Ghost of a Saber Tooth Tiger  performance on October 15.

October 15: The Ghost of a Saber Tooth Tiger
The Ghost of a Saber Tooth Tiger, the duo of Sean Lennon and Charlotte Kemp Muhl, will perform music that includes songs from their debut album, Acoustic Sessions. Expect music that shows their love of quirky and whimsical ’60s folk pop and arrangements that are adventurous and playful, anchored by the beautiful blend of Lennon’s and Muhl’s voices, acoustic guitar and a smattering of other instruments—a vibraphone here, a banjo there. Tickets are $34 and are available at at stallercenter.com, the Staller Center Box Office, or by calling (631) 632-ARTS.