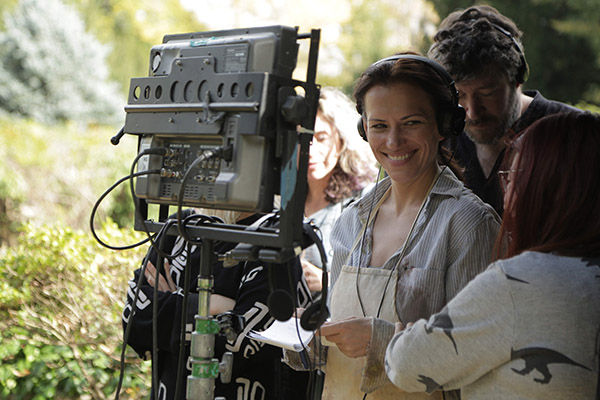 Despite some women directors leading headlines this summer, such as Patty Jenkins’ “Wonder Woman” breaking the box office record for highest-grossing live-action movie directed by a woman, and Sofia Coppola becoming the second woman to ever win the best director prize at Cannes Film Festival, the film industry still faces a gender equality crisis.

A new report from the Center for the Study of Women in Television and Film at San Diego State University shows that only seven percent of the top 250 domestic studio films in 2016 were directed by women. More to the point, that number is on the decline. On top of that, only one woman has ever won an Oscar for directing.

While issues of gender inequality are historically Hollywood, Stony Brook’s own annual film festival, entering its 22nd year, is helping to break down the industry’s gender gap. This summer, nearly half of the 36 films screening at Stony Brook are directed by women.

Inkles founded the festival with an unconventional approach — filmmakers are only charged an unusually small submission fee, and each year’s films aren’t based on a certain theme or genre, or tied to any industry connections — they’re judged and selected purely for their quality.

“We’re not a festival for the industry; we’re a festival for our audience,” Inkles said. “We want to show them the best films possible, so when we judge submissions, we look for good storytelling and great acting.”

By keeping the entry fee reasonable, and considering films from the free submission service FilmFreeway, the festival’s Contracts Administrator and Associate Festival Program Director Kent Marks, who works in tandem with Inkles to judge the films, claims Stony Brook is getting more submissions from independent women directors every year, and he’s noticing a trend.

“We don’t want to shock our audience or wow them with special effects — we want to tell good stories, and it turns out, women directors are really good at telling stories,” Marks said. “Independent directors don’t carry the Hollywood agenda of trying to make millions of dollars, but rather to tell a good human story, which is one reason why I think we have so many women directors this year.”

Marks said he is driven not only by the quality of the films he judges, but the importance of supporting diversity when it comes to filmmaking.

“Women represent 50 percent of the population — supporting them as directors is a no brainer,” Marks said. “Women often bring a different perspective to storytelling than men, so why shouldn’t the film industry reflect that?”

Simone Pero, faculty member for the Stony Brook Killer Films MFA in Film program, president of For Impact Productions, and incoming president of New York Women in Film & Television, explained that we’re in an auspicious time for cracking the gender gap in film, entertainment and media storytelling.

“Supporting women directors is one critical piece of this puzzle. I’m happy to see the Stony Brook Film Festival recognize the importance of storyteller diversity,” Pero said. “By not only spotlighting great works by women, the festival is also supporting the progression of the business, and ultimately helping foster an audience which recognizes the importance of intersectionality and storytelling.”

Film festivals aren’t the only opportunity for fresh filmmakers to make industry moves, either. By focusing on the future careers of diverse directors-to-be, Stony Brook’s Killer Films MFA in Film program is supporting student storytellers before they head to Hollywood (or any other film industry hotspot).

“Alongside renowned indie film producer Christine Vachon and Associate Director Magdalene Brandeis, I have the great good fortune to be part of a program that truly ‘walks the walk’ by helping to launch the careers of budding film and content makers where diversity is looked upon as an asset to success,” Pero said. “In particular, it’s been amazing to see women students in our program develop their craft, skills and confidence in directing in particular.”

Catherine Eaton, writer, director and star of her own feature film “The Sounding,” which screens at Stony Brook Film Festival on Saturday, July 22 at 7 p.m., sees the effects of the Hollywood gender gap.

“At the simplest level, it’s terribly disappointing because we are losing generations of stories; rich, cool, amazing, unique imaginations that could’ve been a part of the canon of great filmmaking are disappearing,” Eaton said. “At a more complex level, it’s a human rights issue.”

As a director, Eaton appreciates the opportunity to host her New York premiere of “The Sounding” at Stony Brook Film Festival for a few reasons.

“Stony Brook Film Festival gives me the opportunity to screen ‘The Sounding’ in a huge state-of-the-art cinema — a dream for every filmmaker,” Eaton said. “It gives me the chance to reach a new audience and share my work with them, hopefully building a long-term relationship, and it gives me the opportunity to create new industry connections through the festival’s incredibly supportive leaders who want to see each film and filmmaker they choose thrive, regardless of gender.”

By screening quality independent films directed by women, the Stony Brook Film Festival is shining the spotlight on underrepresented filmmakers. Such festival screenings are often the first step for independent directors to break into the Hollywood industry.

The 22nd annual Stony Brook Film Festival runs from July 20-29, and film passes providing access to every screening are available for $85 at stonybrookfilmfestival.com. Single tickets for screenings are also available. For more information, and to watch trailers of the featured films, click here.