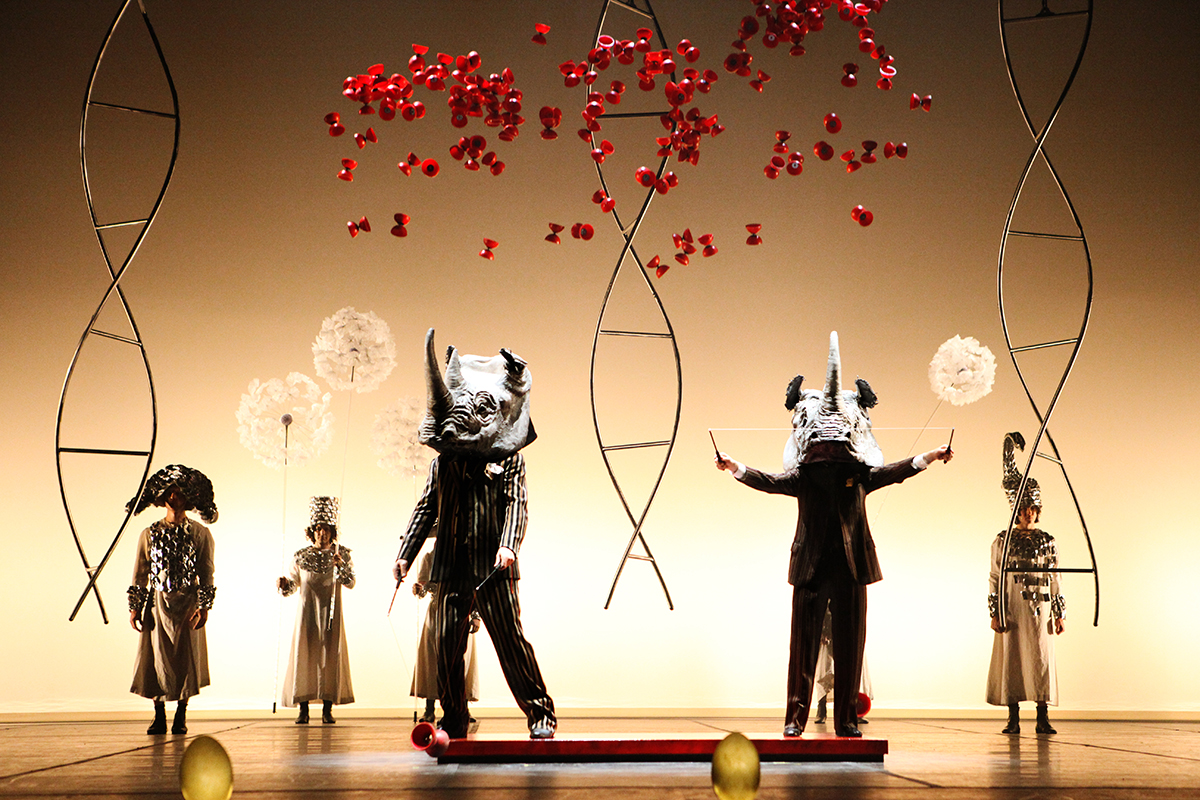 Staller Center brings the U.S. premiere of Compagnia Finzi Pasca’s La Verità to the Main Stage on Saturday, April 16, at 8 pm. The lush cirque performance is a theatrical homage to the life and work of the surrealistic artist Salvador Dali. The show moves to the Brooklyn Academy of Music after its premiere at Staller Center.

La Verità brings a cast of versatile acrobats who play instruments, sing, juggle, contort, clown and even can-can. Themes explode into other themes with humor and cirque-inspired creativity.

For the first time since its creation in New York in 1944, a Salvador Dali painted backdrop will be featured on stage. The scrim was originally created for the ballet Tristan and Isolde for the Metropolitan Opera in New York City and was offered to Finzi Pasca by a European art collector.

Writer and director Daniele Finzi Pasca is known for his creations Rain by Cirque Eloize and Corteo by Cirque du Soliel. He immersed audiences in the universe of Anton Chekhov in his production Donka: A Letter to Chekhov, which Staller Center audiences enjoyed in 2012. Finzi Pasca partners with the Montreal-born producer Julie Hamelin, an international figure in the development of performing arts.

“We are always looking for intriguing, diverse and unique companies and programs,” said Staller Center Director Alan Inkles. “The fact that this exceptional theatrical company does such intellectually stimulating programs with a cirque twist makes their shows memorable long after the curtain comes down.”

Tickets are $42 at www.stallercenter.com or available through the Staller Center Box Office at (631) 632-ARTS. The Box Office is also open for over-the-counter sales Monday through Saturday, 12 pm to 6 pm, and one hour before performances.

The 26th annual Stony Brook Film Festival presented by Island Federal makes its glorious and long-awaited return to the Staller Center for the Arts with live, in-person screenings from July 22-31, and will also hold an...