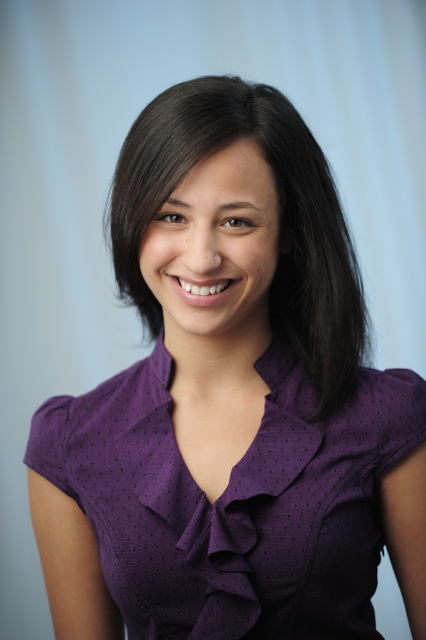 The students were open in speaking about their experiences leading to this point. Following are excerpts from their conversation with Happenings.

Q: Have you had a particular professor who influenced your path, or a class that stands out as a pivotal moment for you?

Yaseen Eldik: I met Dr. Susan Scheckel [of the English Department] in my Global Studies 102 course, when we studied immigrants in New York, and she gave the class the flyers for the Humanities Institute Research Award. From there on it clicked that this was an award that I wanted to apply for, “Islamaphobia: Am I a Terrorist?” She volunteered to be my mentor for the project, and from then, my career here as a student through my Harvard Summer Research Program and receiving the Truman Scholarship has all been from that moment. So to Dr. Susan Scheckel I’m indebted. She really saved my life.

Geri Galotti: My most influential course was one of those experiential courses, as a CHOICE [Choosing Health Options in the Campus Environment] peer educator. My two supervisors were Ellen Driscoll and Dr. Smita Majumdar-Das in the Center for Prevention and Outreach. I was a junior then. Concurrently, I was going through a training course through the Victims’ Information Bureau of Suffolk County about community violence prevention. And all this came together for me, and I realized I really had this strong passion for preventing violence against women and sexual assault on campus. From there I went forward and created a student group, and we’ve been nationally grant-funded, and it’s been incredible. So had I not had their influence, honestly, I don’t think I would be where I am.

Michelle Mbekeani: For me it would have to be two professors. First, Dr. Tracey Walters in the Africana Studies Department. I first met her when I won the Black History Month Speech Contest in my freshman year, and she was the judge. I guess she said she saw something in me, and we’ve been very close ever since. And class-wise it would have to be Dr. Gallya Lahav [of the Political Science Department]. Her immigration refugee class in politics in the EEU really inspired me to want to pursue international law, and specifically to help Germany deal with multiculturalism and integration. Those classes really sparked a passion in me to help people that are trying to integrate into their host country, being a child of immigrants that moved to the United States with very little.

Q: What is the most important thing you’ve learned at Stony Brook?

YE: Siddhartha once said that knowledge is communicable and wisdom is not. And I think that we really absorb that through our faculty mentors. We realize that yes, at an institutional level, a university level, we can take in knowledge and information. But the wisdom that lies with our faculty is only one we can receive in the context of a personal relationship or a conversation.

MM: One thing I’ve learned is to develop your own opinion. Oftentimes, when you just read a book, that kind of forms your opinion of what to believe, but if you go in with an open mind, you find yourself creating your own opinion. And when you have professors and faculty members that encourage you to be an independent thinker, you start developing your own opinion that you really want to get out to other people.

Another lesson I learned was humility, admitting that I need help. To go into a class thinking that you know everything is the worst thing you can ever do. But to go into a class and be open to help from not just your teachers but from your peers, you find yourself really being supported by so many different people. Nothing that I’ve accomplished at this university has been on my own efforts. It’s been through the support of my family, friends, and teachers who essentially saw something in me.

GG: What Stony Brook has really taught me is the importance of being well-rounded as I go into this next stage of my life. And I think it’s not even in terms of being marketable so you can get a good job. It’s a holistic sense of yourself. Specifically, for me, I was a biology major, and I finished my major in three years, and I didn’t really want to graduate. Then I picked up a women’s studies minor, because my whole life I’ve been so interested in feminist issues. That experience was the best thing I did. It was so precious to me, because I’d had this natural science core of my education, and now my classes are literature- and humanities-based. Had I not chosen that experience, had Stony Brook not offered that for me, where would I be? So I really think that’s something I learned at Stony Brook, that you don’t need to be this one thing, that all your knowledge is surrounding this. It’s important to be many things.

Q: Looking ahead five years, where will you be?

GG: I’ll be a resident in a residency somewhere.

Q: What is the one thing you would advise new freshmen entering Stony Brook, knowing what you know now?

YE: I would tell them to stay academically oriented. The only doors that can open for you will come through first having a solid GPA, and then you build yourself from there. But any other order, any other turnaround will not get you where you want to be. The most doors open when you have a high GPA.

GG: I would say, building off of the academic component, that I think it’s important to pursue leadership positions: peer educators, resident assistants, student life interns—people who are really involved in making Stony Brook as great as it can be. I really love the role of being a peer leader. I look to my friends who are leaders in that sense. We really do look at each other, we cherish each other, and we can learn a lot.

I agree with Yaseen that the first importance is to take care of your academics, and pursue something that you like. You will excel in a discipline that you like.

MM: I’ve always said to my friends, if iron sharpens iron, you should always strive to build a steel mill of excellence within your community. And if you surround yourself with positive people that are also striving for excellence, it’s contagious. Your own iron gets sharpened by their skills, just by being around them. Building a really strong network—it’s really about quality instead of quantity. You don’t have to know everybody. You just have to know the right people that are really going to get you where you need to be and allow yourself to have an open mind and be inspired and influenced in a positive way.

Following graduation, Michelle will spend the summer working with the nonprofit she founded, Then Just Feed One, Inc., and continuing work on one of their projects, the “Find It in a Book” campaign. She also plans to work with minorities in impoverished communities in Chicago to help foster a community between people who are victims of violence and the police. As Miss Black New York 2011, she will also compete in the Miss Black USA Pageant in August. In the fall she will attend the University of Chicago Law School.

Geri will work as an academic advisor for transfer orientation during the summer, and in the fall she will attend Stony Brook’s School of Medicine. As the founder and president of Students Empowered Against Sexual Assault, she will continue to be active with educational outreach to undergraduates with the help of a $10,000 grant from Avon.

Yaseen will participate in the Truman Scholarship leadership week, working with United Jewish of America to train students who will go to Israel and help make forward progress on the Arab-Israeli conflict. He has previously worked with Jewish and Palenstinian youth in Jerusalem to help break down the historical and cultural divide that exists between those two groups.