Student Art Gets Exposure on the Walls of Sunwood 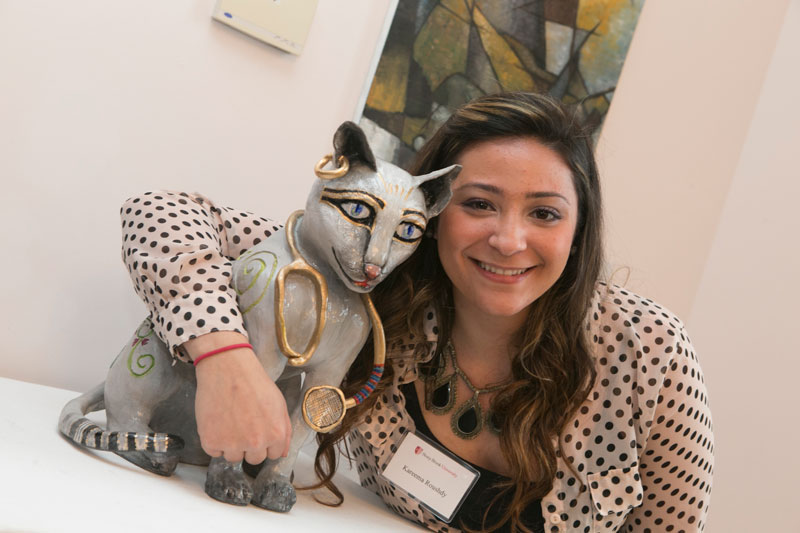 For Stony Brook University art students, having a work featured at Sunwood has become a distinction in the Department of Art. This year 16 students can make that claim as winners of the fourth annual juried art competition that began when Stony Brook University President Samuel L. Stanley Jr., MD, and his wife, Dr. Ellen Li, moved in to Sunwood and saw the opportunity to showcase student artwork on the walls of the mansion in Old Field. The off-campus conference venue is used for many events throughout the year, giving young artists much-coveted exposure.

During the course of the year, faculty from Stony Brook University’s Department of Art select exceptional pieces of their students’ work, which are given to a committee for review. President Stanley and his wife then choose the winning art from the committee’s top selections. The artists and their families are invited to Sunwood for a reception, held this year on April 29, honoring their work on display for the upcoming year.