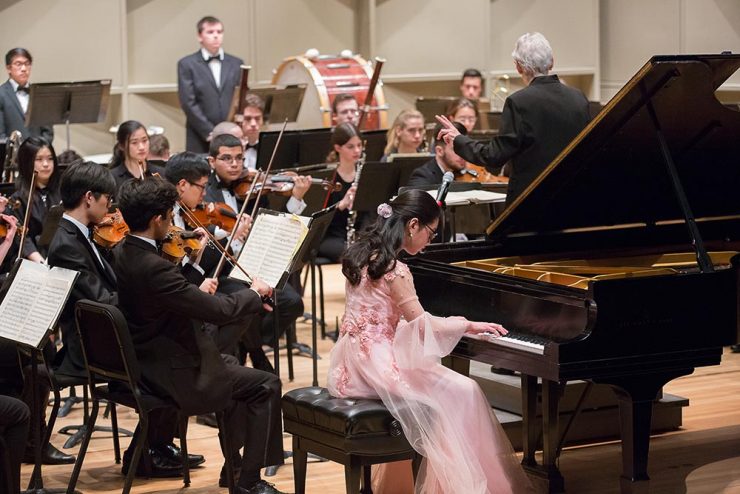 What began in 1996 as a small high school program with a dozen students — Community Music Programs at Stony Brook — has since blossomed into a multi-leveled initiative with 20 instructors and 200 students.

Judith Lochhead, Professor of Music History and Theory, wanted to establish a local alternative to the pre-college music program at The Juilliard School, the private performing arts conservatory in New York City. Edith Auner, a pianist and chamber musician, was tapped to be the director of the new program.

When Auner and her husband Joe Auner, also a Stony Brook professor, moved away in 2007, Michael Hershkowitz took over as interim director, eventually becoming the director of Concerts and Community Music Programs.

Since then Hershkowitz has helped build and broaden the program to offer conservatory-level instruction from Pre-K to adult music programs.

“We draw from professional musicians, teachers and doctoral candidates as our instructors, about fifty/fifty part-time staff and graduate students,” Hershkowitz said.

When director Dorothea Cook, one of very few Dalcroze (a Swiss method of learning music through movement) instructors in the New York area, retired in 2017, the Department of Music hired Craig Knapp, a leading instructor of Orff/Kodaly, the blending of two disciplines that stressed speech and singing respectively in their approaches to teaching music.

Voice student Mirette Nunez ’20 is one of a very select group of students who have taken advantage of the Community Music Program, from Pre-K to Young Artist. Nunez is an economics major who is minoring in music. “This program encouraged my love for music and taught me valuable skills that you don’t learn in your regular music classes in high school — skills such as music theory, composition and chamber music,” she said.

Kyle Foley, a former student in the Young Artist Program (YAP), started as a sixth grader 15 years ago and, after graduating from the program and interning with Hershkowitz as his assistant, was hired to teach the Community Chamber Music Workshop.

“I am now a faculty member of the program, with a leadership position at the prestigious Naumburg Foundation,” Foley said. “My YAP coaches have gone on to win coveted positions and awards such as dean of admissions at Juilliard, professor of music at Hofstra and a Grammy. The Stony Brook YAP has been foundational to my development as a person, professionally and artistically.”

Every Saturday, students from western Nassau County to the Hamptons make the trip to the University to participate in the programs, with the exception of the Community Chamber Music Workshop, which meets on its own schedule. Chamber music refers to music performed without a conductor by a small number of performers each playing his or her own part.

The original program, the Young Artist Program, was originally called the Pre-College Program. “The name changed about two years ago to more accurately reflect what we’re doing,” Hershkowitz said, adding that enrollees are not necessarily looking for a career in music but to share their love for it.

Each of the programs has its own special assets while fitting nicely into a development-based overall continuing program.

For example, First Steps in Music, the Pre-K and Kindergarten program, teaches music the way children love to learn, through play. “Some children enter the program painfully shy and by the end of the year are the most effusive and eager to volunteer,” Hershkowitz said. Folk songs are used as stepping stones and the youngest pupils gradually learn harmony, movement and call and response.

The fastest growing program is the Kinetic Ensemble, which began as the Childrens’ Program in 2000 and in which kindergarteners and first graders sing, dance, improvise and play instruments such as xylophones, glockenspiels and drums. “It’s an early introduction to instrumental music,” Hershkowitz said.

The Youth String Ensemble is a beginning chamber music program that affords a challenge that may not be available to students while participating in their school orchestras.

Youth Artist Programs is a four-hour music program that offers high-level music training often sought in pre-college programs. Students ease into more challenging structures of music over the course of the program, and get the opportunity to play chamber music of great composers  as they develop their skillsets.

Hershkowitz emphasizes that to qualify for the Young Artist Program a student has to be on an intermediate to advanced level. “Most importantly, they have to be teachable and flexible,” he said. “We’ve learned how to audition students to figure that out.”

A student not interested in pursuing chamber music may opt to take the newest of the Young Artist Programs, already in its third year, in which students can study jazz under the tutelage of Thomas Manuel at the historic Jazz Loft in downtown Stony Brook Village.

The Adult Community Chamber Music Workshop feeds into the notion that music is not exclusively the province of professionals but rather should be available to people in every walk of life who love and want to share the experience.

“The flutist who rediscovers her instrument in the attic as well as the neurobiologist who has studied music for most of his life are encouraged to indulge their musical passions with like-minded individuals in a nurturing environment,” said Hershkowitz.

One of the benefits of the program is that all of the students are given free tickets to attend any music event they wish to within the Department of Music. “Part of being a musician is experiencing live performances,” he said. All of the programs feature free concerts by the students at the Staller Center in December and May.

“This has been a great way to connect a performance program with the local community,” Hershkowitz said. “We’re providing something you can’t get anywhere else on Long Island. No one else offers a pure chamber program.”

Hershkowitz adds that the Community Music Programs makes financial aid available. “We do not want cost to be a barrier for students who want to pursue music,” he said. 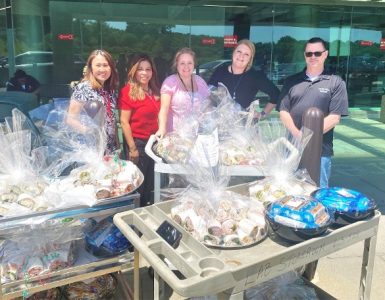