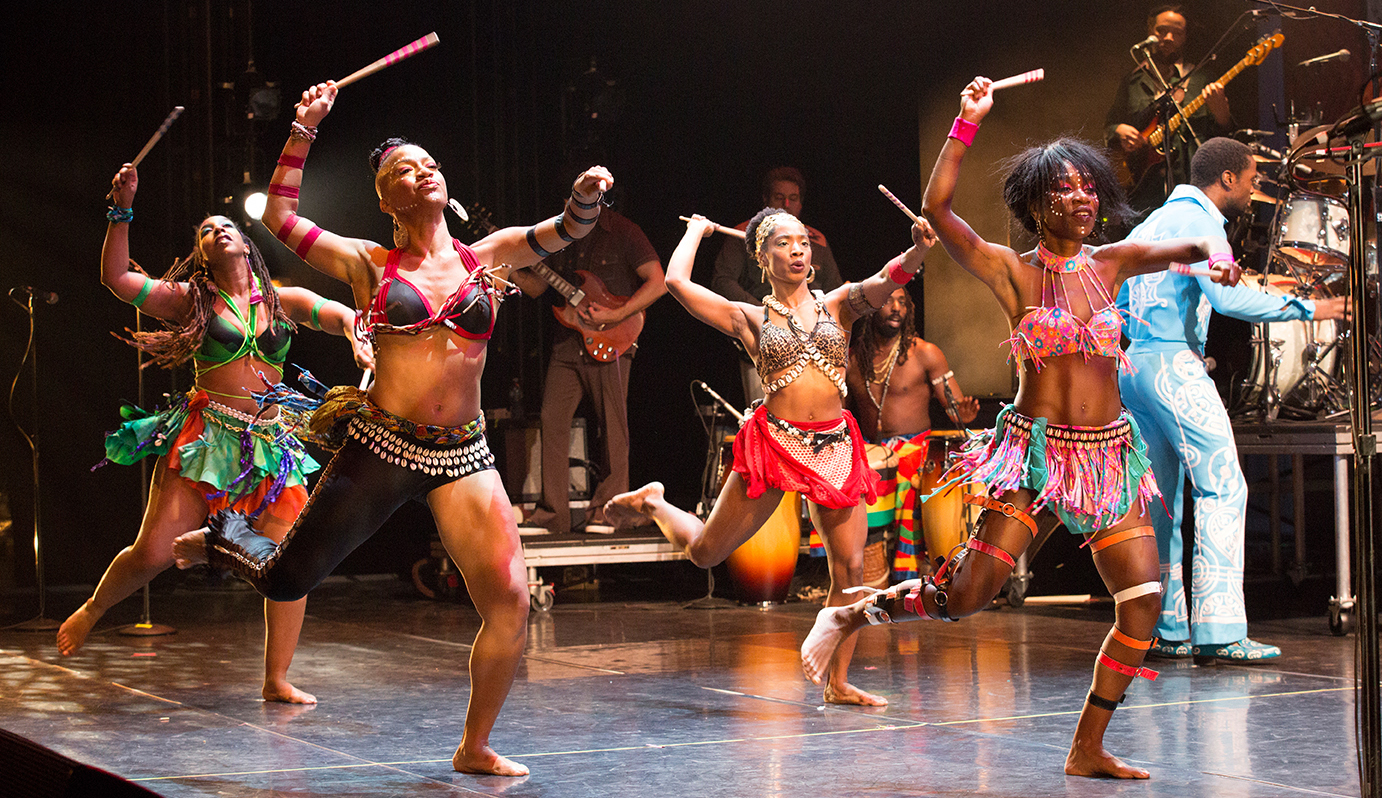 With live shows featuring performers from all over the world, the winter/spring season at Staller Center at Stony Brook University is as diverse as it gets. From troupes touring the world to a very special performance by singer Audra McDonald to comedy with Jay Leno, the vast choices at Staller Center make it easy to find entertainment close to home. Tickets are available at stallercenter.com for all performances, with waiting lists for some shows. The Staller Center box office can be reached at (631) 632-ARTS [2787].

Starting the season off, the New York-based ensemble The Hot Sardines comes to Staller Center on Saturday, January 20. The show sold out early for the popular jazz ensemble. Tickets are $42.

For families and grown-ups who are still kids at heart, Imago Theatre’s “La Belle” is a giant art work of a play with 100 moving parts, set on a 1920’s steam ship. Puppets and actors charm audiences with “La Belle,” inspired by the story of Beauty and the Beast. Imago’s “La Belle” comes to Staller Center on Saturday, January 27 at 4:00 pm. It’s a $20 ticket for all ages.

Nigeria, Africa
Fela! The Concert is a spin-off of the Tony-Award winning Broadway show Fela, bringing some of the same cast members to the Staller Center stage. Nigerian musician Fela Kuti, the founding father of Afrobeat, was a political activist and charismatic fighter for human rights. Fela! The Concert brings his persona to center stage with dancers, singers, and his story on Saturday, February 3. Tickets are $42, half price for children age 12 and under.

Japan
Japanese drumming at its best comes to Staller Center on Saturday, February 17 with TAO: Drum Heart. Seven million spectators all over the world have experienced the spectacular show. Tickets are $42.

Saturday, March 3 at 8:00 pm is the Annual Staller Center Gala with Jay Leno. Jay Leno, the American comedian, actor, philanthropist, and television personality who hosted NBC’s Tonight Show from 1992 to 2009 is the Gala star. Presently he hosts NBC’s Jay Leno’s Garage, featuring guests who enjoy talking about one of the best car collections in the country. For the Staller Center Gala, the admired stand-up comedian takes the stage. Leading off the evening is the Doo Wop Project, a group that includes singers from the Broadway shows Jersey Boys and Motown: The Musical. Tickets to the Staller Center Gala are $75. Gala tickets that include VIP seating, a post-performance reception and recognition in the playbill program are also available at stallercenter.com.

The ever-popular chamber music concert Starry Nights by artistic director Colin Carr comes to Staller Center on Wednesday, March 7. The program will include renowned musicians and Stony Brook University faculty members. Philip Setzer, violinist of the Emerson String Quartet, Arnaud Sussman, Avery Fisher Career Grant winner, and Colin Carr, cellist and Professor of Music are among the musicians. Tickets are $38. The program will be announced.

Dublin Irish Dance’s production, “Stepping Out,” tells a story of Irish immigration to America after the Great Famine of the mid-1800’s through favorite Irish melodies, traditional steps and Celtic instruments. The group comes to Staller Center Main Stage on Saturday, March 10. Tickets are $46.

Spherus is a mini-circus featuring magic and aerialists, coming to Staller Center on Sunday, March 18 at 4:00 pm. Juggler Greg Kennedy uses principles of geometry and physics to create groundbreaking tricks. This show has a special ticket price of $20.

The esteemed Emerson String Quartet is quartet-in-residence at Stony Brook University. Along with their concert schedule throughout the world, the Emerson teaches at Stony Brook and plays three concerts during the Staller Center season. On Tuesday, March 20, the Emerson’s program will include pieces by Purcell, Bolcom, and Beethoven. Tickets are $48.

Acoustically Speaking: Adam Pascal & Anthony Rapp is a show designed by two friends, who are the original stars of the Pulitzer Prize and Tony-winning musical, Rent. Acoustically Speaking will feature songs from Memphis, Sweeney Todd, Cabaret, Hedwig and the Angry Inch, Once, and much more. Adam Pascal & Anthony Rapp come to Staller Center on Sunday, March 25.

Audra McDonald, the winner of six Tony Awards, two Grammy Awards, and one Emmy, returns to Staller Center on Saturday, April 21 with a concert of songs. She is among today’s most highly regarded performers. Tickets are $54.

Movies for Campus & Community, screened on five Friday nights, will include The Post, with Tom Hanks and Meryl Streep as well as Molly’s Game, Lady Bird, and Three Billboards Outside Ebbing, Missouri.

Many concerts by the Stony Brook University Department of Music are also in the mix for the spring.  Go to stallercenter.com for more information.