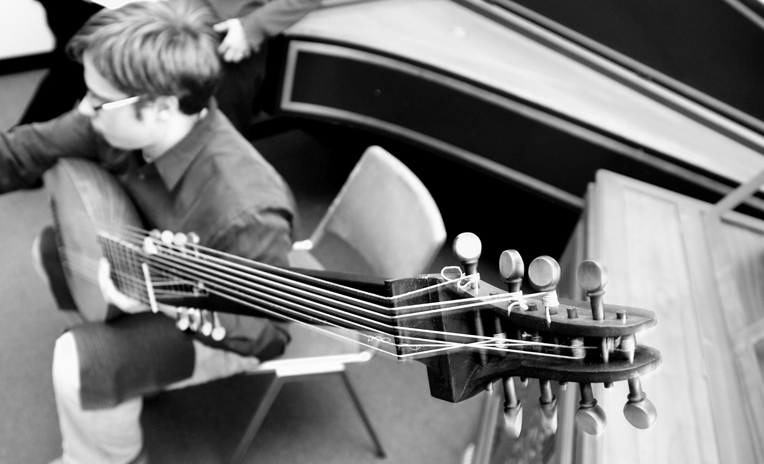 The Stony Brook Opera and the Stony Brook Baroque Players will present a fully staged production of George Frideric Handel’s opera “Orlando” on the Main Stage of the Staller Center. Two performances, complete with 18th-century costumes and a 25-piece orchestra, are planned for Saturday April 13, at 8 pm and Sunday, April 14, at 3 pm.

The Stony Brook Opera cast consists of doctoral students in voice from the Stony Brook Department of Music, many of whom have already established professional singing careers; a recent alumna, Ryu-Kyung Kim, will sing the title role of Orlando; and guest artist Douglas Williams, who is establishing a national reputation as one of the finest Baroque Opera bass singers, will perform the role of the magician Zoroastro.

Orlando, the titular protagonist, is a knight torn between glory and love. Zoroastro urges him to follow Mars, the god of war, but Orlando decides instead that glory can be gained through the pursuit of love. “’Orlando’ is a rarely seen spectacle that should not be missed,” said Arthur Haas, professor of music at Stony Brook University and director of the Stony Brook Baroque Players, who will conduct the production. “It really has something for everyone.

“The drama is brought together with some of the most beautiful vocal music that Handel ever wrote,” said Haas. “Arias, duos, a trio, all with virtuoso and poignant ornamented da capos, accompanied by a stylish orchestra consisting of strings, recorders, horns, harpsichords, Theorbos and Baroque harp.”

“Our design team has come up with very exciting and innovative concepts for some of the production issues that this opera raises, especially the scenes that involve magic,” said Lawton. Bernardi and the designers will bring magic scenes to life utilizing video projections; McDonald plans to fold the projected titles into his projections; and Evans’ set design was inspired by the Orangerie of the Royal Palace of Versailles, the arches and columns of which present an ideal place for characters to enter and exit rapidly, or conceal themselves as needed. Assaf’s elegant costume designs were inspired by the celebrated French painter François Boucher, a contemporary of Handel. “The audience will be treated to a gorgeous visual production,” said Lawton.

In the pit will be a Baroque orchestra of some 25 players, comprising of strings, recorders, oboes, bassoons and horns, and a large and varied continuo ensemble that will comprise several harpsichords, a small organ, Baroque Harp, Theorbo and Baroque guitars. “The sound of this ensemble promises to match the splendor of the scenery and costumes,” said Lawton.

Tickets for “Orlando” are $20 general, $15 for students and senior citizens, and are available at the Staller Center Box Office. There will be free pre-opera lectures by Carlo Lanfossi in the Recital Hall one hour before each performance. For tickets call (631) 632-ARTS or purchase online. For more information call the Department of Music at (631) 632-7330.