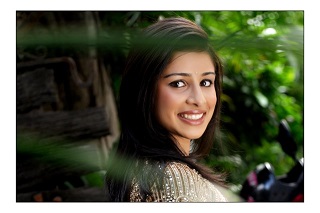 The 2015 Forbes 30 Under 30 list is an elite group of upcoming game changers, and Stony Brook University’s Neha Kinariwalla is one of them. At 21 years old, she is the youngest member to make the list in the Healthcare category. As a senior last year, Neha became the first Stony Brook undergraduate to receive the prestigious Gates Cambridge Scholarship, which she is now using to pursue an MPhil degree in Modern Society and Global Transformations at the University of Cambridge in Britain.

Neha, a sociology major, Women in Science and Engineering (WISE) member, and Scholars for Medicine student, founded the Humanology Project, a website dedicated to taking the stigma out of epilepsy and other diseases. She has a long-standing interest in the psychosocial effects of illness. At Stony Brook Neha did an independent research project on The Social Stigma of Epilepsy with faculty mentor Catherine Marrone in the Department of Sociology and presented her findings at URECA’s campus-wide undergraduate research symposium. She then pursued the subject further at the John Radcliffe Hospital Epilepsy Research Center at the University of Oxford. Then, with a grant from WISE, she launched the Humanology Project, which aims to destigmatize epilepsy, schizophrenia, PTSD, spectrum disorders, Down syndrome and depression.

“We’re educating people by converting peer-reviewed literature into readable blog posts,” said Neha. “In addition, we have a feature called ‘Share Your Story,’ where someone who has one of these illnesses can write about it anonymously. Now someone who has an illness can gain a connection with someone else and compare what they’re going through. The Forbes list is a great platform for the Humanology Project, and my hope is to garner more interest for reducing stigma in mental health on a larger scale.”

Besides being an educational website, the project is also a support forum and an undergraduate internship with 17 interns. It is currently led by Shaharyar Ilyas and Meghana Reddy, both students at Stony Brook. The website features articles about all of the diseases, shared stories and a list of senior advisors to the group, which includes professors and graduate students from Stony Brook.

After Neha completes her work at Cambridge, she will return to the Stony Brook University School of Medicine as part of the Scholars for Medicine program.