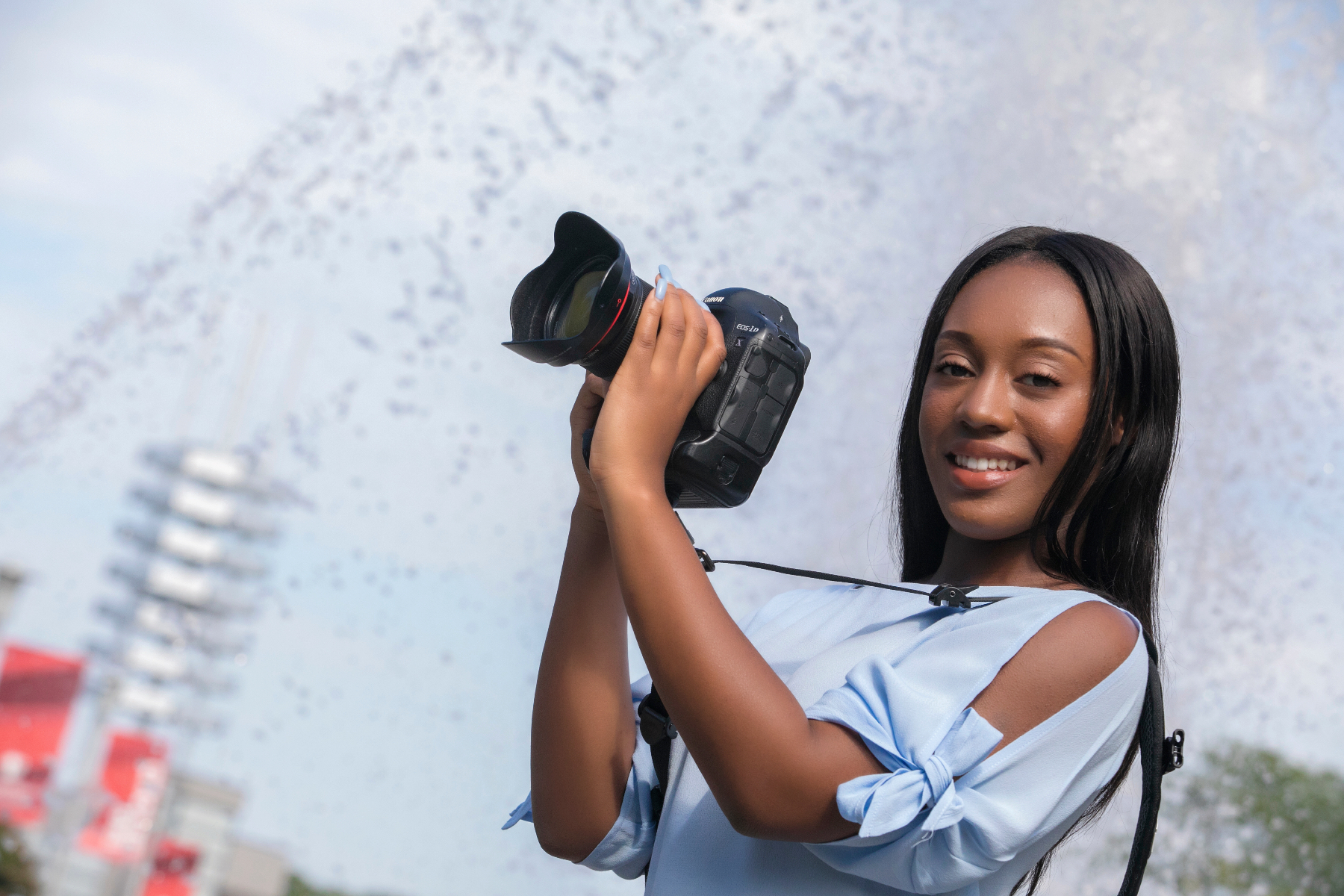 At first she wanted to go out of state, but when her parents learned about Stony Brook’s School of Journalism, they urged her to apply.

“I knew that if I wanted to graduate without huge loans, and invest that money into studying abroad and going to graduate school, I had to make a decision,” Kara said.

She has since been rewarded for that decision. “The intimate class settings and support from the faculty have been incredibly vital in my growth as a student journalist,” Kara said.

It wouldn’t be the last time that Kara resisted parental advice. Once it nearly cost her — literally.

“During my freshman year I was preparing for midterm exams and my mom called me about an internship opportunity,” Kara said.

“I remember pushing back at the time because I was stressed and swamped with classes. But my parents talked me off the ledge and guided me through the application process and I am so grateful to them. Parents see the bigger picture when we only see what’s right in front of us.”

The internship was sponsored by the Emma Bowen Foundation, an organization that pairs minority students with major media and technology companies in the United States. The Foundation landed Kara an internship at FOX-5 in New York City, where she has worked alongside industry professionals for the past three summers.

Kara started out in the Fox sales department, where she learned the business side of a media outlet from account executives and sales assistants. She had the opportunity to interview candidates for a sales assistant position, create a weekly newsletter for the office and deliver a presentation on social media. That experience aligned well with her decision to minor in business.

During the following summer, Kara found herself in the trenches with producers, anchors and reporters with the Fox morning show Good Day New York. This past summer she produced segments for the show’s “Street Talk” segment as a trainee. In this role she was responsible for developing content, writing scripts and booking guests.

“Regardless of the industry in which you work, it is important to take the time to learn how other departments operate to gain an understanding of how the business runs as a whole,” Kara said.

On campus, Kara counts the JRN 320 Multimedia Newsroom II course with Professor Pablo Calvi as a highlight. In that course, she and her classmates were required to produce news stories for the online publication The Long Islander.

“It was one of the most demanding and rewarding courses I’ve taken at J-School and I would do it all over again,” she said.

Because everything she covered was off campus, she discovered significant issues that affect Long Island, such as food shortages and how local government operates.

“It’s always exciting to cover national news stories, but learning about news that is happening in your local community makes you a well-rounded journalist,” Kara said.

Kara is also very much involved with the campus community as the current president of Black Womyn’s Association. She is also the news director for News at Noon, the student-produced radio show airing Fridays on WUSB 90.1.

One bit of advice on interning from Kara: “They will only treat you like an intern if you act like one. Age is not a definitive determinant for skill and if you don’t have confidence, how can you expect people to put their trust in you to get something done?”