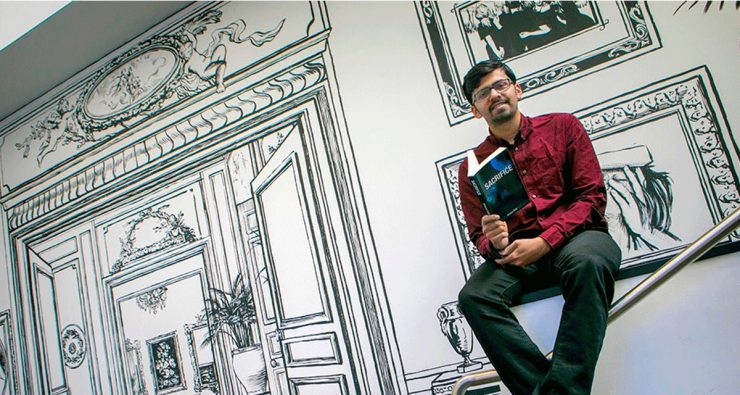 The idea for Ameya Kale’s novel Sacrifice came to him late one night as he prepared to post a status update on Facebook, hoping to engender a round of thought-provoking debates in the comments section.

“How did human species come to exist on this planet?” he wondered. “If every single human ceased to exist, would the universe cease to exist as well?”

Those musings inspired Kale to publish a 298-page sci-fi mystery about a virologist facing the possible extinction of the human race.

Now a published author, Kale, a mechanical engineering graduate student at Stony Brook University, is planning another trilogy of novels and is now in the process of revising them.

With Sacrifice, Kale says, “everything fell into place.” But he wants his next project to be perfect in every way and is paying special attention to grammar, content, and character development.

Born in Pune, India, Kale attributes his passionate approach to literature to the books he read as a youngster, including classic thrillers like Dracula and 20,000 Leagues Under the Sea.

Although he finished Sacrifice in six months, he had to overcome an early episode of writer’s block stemming from difficulties with character development.

He eventually overcame the hurdles that most first-time authors face and filled his novel from cover to cover with suspenseful prose, covering material influenced by popular science fiction media, like the idea of time dilation found in Christopher Nolan’s sci-fi film Interstellar.

“With the end goal in sight, I just kept writing,” he said.

Sometimes it’s those little meetings that potentially change your life down the line. They could be chance encounters guided by fate, or meetings you set up yourself to get what you want. Meeting Mr. Samuel L. Stanley Jr., the President of Stony Brook University, qualifies as one of them. Let’s see what this meeting leads to… ? #stonybrookdiaries #PlusUltra!!

Kale’s renewed interest in promoting his novel three years after its initial publication date coincides with his arrival at Stony Brook University.

“Stony Brook has a lot of prodigies on campus; word of their talent may never get out,” he said. “By promoting my book I want people to know that you can promote your talent and get recognized as well. Someone else who writes a book can do the same thing I did.”

Sacrifice can be purchased on Amazon and Google Play. 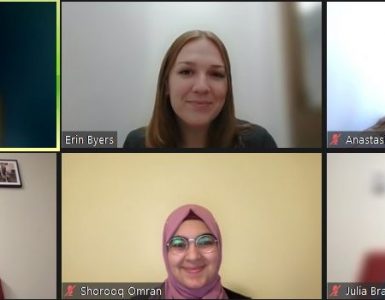