Digital Innovation in the English Department 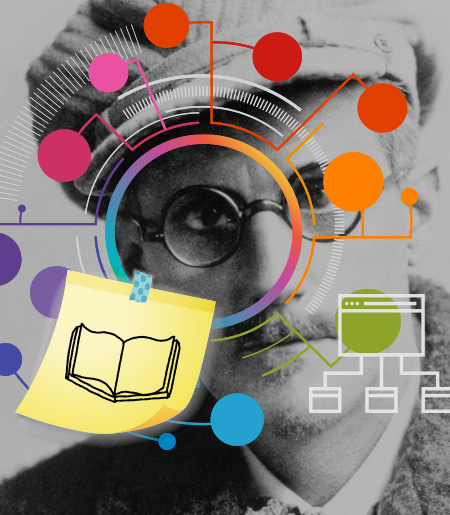 Digital media in its many forms has permeated our everyday lives, but a group of 15 students at Stony Brook are being exposed to it in a whole new way.

This semester English professors Elyse Graham and Michael Rubenstein are co-teaching an honors undergraduate course, “Digital Media and the Meaning of James Joyce’s Ulysses” — a class that uses new technologies to support different forms of instruction.

The course is part of the MACT (Media, Art, Culture, and Technology) program at Stony Brook, which aims to construct and support dialogues on the critical study of media and technology in relation to art and culture.

“This course has a dual aim: to give students the opportunity to encounter the rich humanity of Ulysses as a literary text and to explore the very latest technological methods of textual interpretation,” said Graham.

Why James Joyce?
The complexity of James Joyce’s Ulysses has inspired some of the early experiments in the use of digital tools (data visualization, Google Ngrams, mapping, modeling, etc.) to explore the meanings of literary texts.

“James Joyce is connected to the disciplinary history of the digital humanities,” said Graham. “When digital scholars in the late twentieth century were developing projects that explored the idea of hypertext, Ulysses was often used as the experimental text. For them, the book was an example of hypertext before hypertext was even invented.”

“Another reason that Ulysses is such a good choice for a course like this is because it’s the kind of book that invites both purely scholarly reading and fan reading by people who go to Dublin on Bloomsday and act out the part,” added Rubenstein. “It represents different kinds of reading audiences.”

As part of the course, students must design one of the three projects below, keeping in mind their intended reading audience.

Designing a Reading Interface (Wireframing)
A wireframe is a line drawing that provides the blueprint for a platform’s interface. It provides an inexpensive and easily changeable model that designers can use to test ideas before coding begins. For this project, students must create a wireframe design for the user interface of a digital edition of Ulysses. The design revolves around the intended audience, and students must ask themselves how they can maximize its appeal and utility for those users.

“Wireframing is a common method in industry,” said Graham, “so this project socializes the students in a stage of design that they may take part in when they get a job. It allows them to bring the tools of humanities research to something that would be a stage in digital design. They are asking humanistic questions like who is the intended audience, what is a text, and how does a specific kind of text mean?”

Designing a Framework to Support an Annotation Community
Students who choose this project work with an existing annotation platform called Genius to annotate a digital edition of an episode of Ulysses. Their annotations must speak to a particular kind of reading audience.

“The rise of Web 2.0 has ignited an explosion of interest in tools that help readers annotate texts online. This trend raises a lot of important questions about the relationship between readers and texts,” said Graham.

Using Computational Tools to Analyze and Visualize Text
Although computational analysis thrives in certain fields, it can be difficult to apply these same tools to humanistic texts such as plays, poems and novels. In this project students use an existing platform called Voyant to analyze an episode of Ulysses. They also use the experience as an opportunity to consider the limitations of the platform and how to better design such tools specifically for literary texts.

“This project emphasizes that quantitative analysis requires a further step of subjective, interpretive abilities. It’s the moment when the computational meets the critical,” explained Rubenstein.

Graham and Rubenstein hope to make this digital media course more widely available by providing an online equivalent in the near future.

“We live in a world that’s absolutely saturated by digital media, so we want to teach students skills and literacies in the digital humanities that will be useful to them as they go on in their careers,” said Graham. 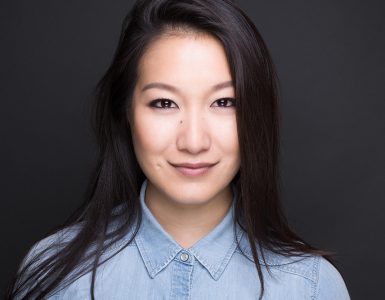 ‘One Book, One Community’ Panel Discussion on Race, Identity and Inclusivity Nov. 10