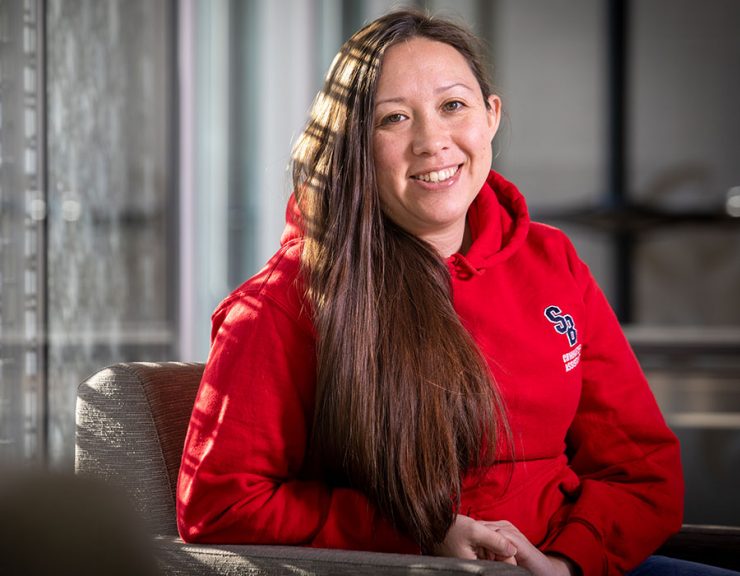 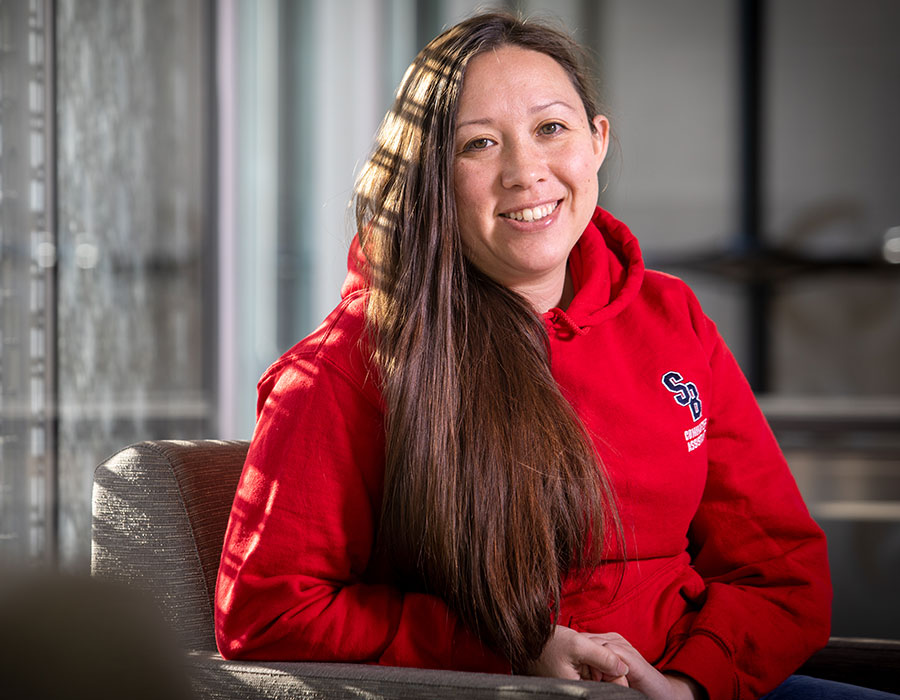 Going it alone has never been a problem for Laura Kuramoto ’22.

The veteran and single mother from San Jose, California, is currently a health science major at Stony Brook University aspiring to become a radiologic technician.

Three tours of duty in the U.S. Army spanning eight years — a combined three of which were spent away from her daughter Kaya — tested Kuramoto’s self-reliance, patience and maternal instincts.

She set off for her first assignment, two years in Okinawa, Japan, roughly three years after Kaya’s birth. Fortunately, Kaya’s father’s parents helped care for her during that time and for Kuramoto’s last year in the military when stationed in Guam. Sandwiched in between was a stint at Fort Bliss, Texas.

During her Okinawa and Guam assignments, Kuramoto relied on Skype, Facebook and snail mail to snag moments with her daughter when she could not be with her physically.

“The time differences made it hard, but we managed,” she said.

Kuramoto’s Army experience taught her the value of teamwork, which she has applied to various endeavors at Stony Brook.

For example, when the coronavirus pandemic hit last year, she became part of a paid Student Health Services team that developed and distributed face coverings for the student body.

The mask team set up assembly lines with boxes full of supplies and put the kits together. Kuramoto said she was able to tap into her military experience by tackling tasks in the most proficient way possible.

“I was able to increase the productivity of kit production by implementing a ‘chain gang,’ ” she said of the assembly line tactic. “Each person performs one task the whole time or covers for a task that is slowing down and holding up completion.” 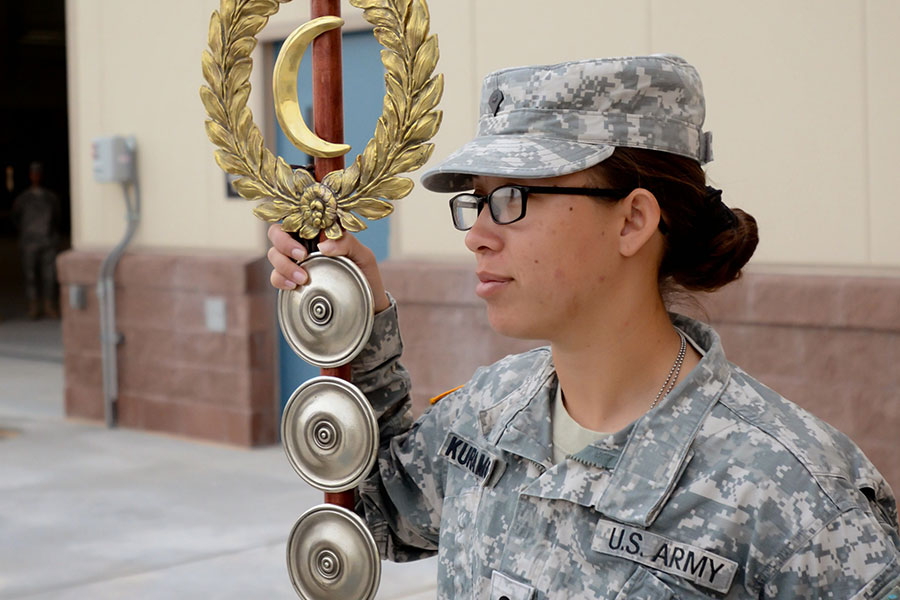 Many factors contributed to Kuramoto’s decision to join the Army, but chief among them was family. Her paternal grandfather was a combat engineer in the Army, an uncle on her mother’s side was a Marine, and an aunt had joined the Air Force.

“Joining the military wasn’t a completely foreign concept,” she said. “I had originally thought about enlisting in the Air Force, but only the Army could guarantee me that I’d be allowed to select the job I was qualified for and that I wanted to do based on the Armed Services Vocational Aptitude Battery test scores I received.”

When Kuramoto was deployed to Guam, she joined Task Force Talon, a highly selective military team whose members represent the best from all branches of the U.S. military, on call to counter any situation in the world within 24 hours.

Her unit, A-4 ADA, was the first to be deployed as part of an ongoing operation to defend against ballistic missile attacks from North Korea.

Back at Stony Brook — before COVID-19 restrictions went into effect — Kuramoto found a perfect way to connect with fellow veterans by volunteering at the Long Island State Veterans Home.

“There are many people there that have their spirits lifted by having someone to share their experiences with,” she said. “The veterans were happy to see the same faces bringing them to their appointments and then back to whatever activity they wanted to do afterwards. Most of them were grateful to have a fellow veteran to talk to and hear their tales.” 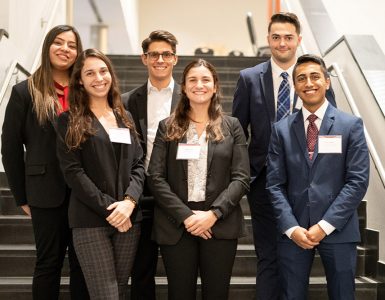