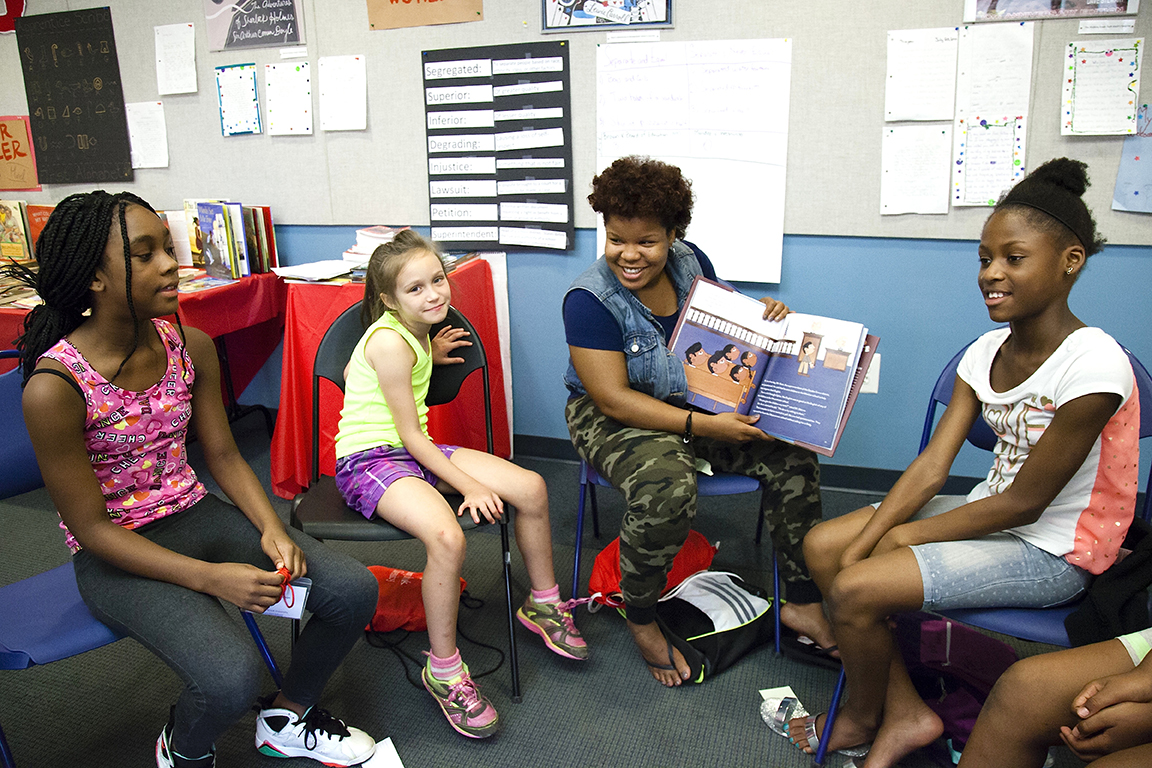 Before enrolling at Stony Brook, Danielle Meyers ’16 had already acquired a real-world education growing up on the streets of Harlem. She missed the guidance many children get. Her mother suffered from depression and bipolar disorder and her father had been incarcerated, so she and her two older brothers and two younger sisters learned to fend for themselves.

But what she lacked in privilege she made up for by way of intelligence and commitment. Danielle qualified for New York State’s Educational Opportunity Program (EOP), which provides access to higher education for students who possess the potential to succeed in college but whose academic preparation in high school has not fully prepared them to pursue a college education successfully. At Stony Brook, the program thrives as EOP/AIM under the stewardship of director Cheryl Hamilton.

“Cheryl Hamilton is the reason I am here at Stony Brook,” Danielle said. “She invests a lot of time into making the program work and advocates for her students.”

Two books assigned for the class —Half the Sky, by Nicholas Kristof and Sheryl WuDunn, and Kenneth Cole’s Awearness: Inspiring Stories on How to Make a Difference — opened her eyes to a career path in social work.

“Half the Sky made me realize that my life isn’t that bad compared to what some people experience on a global scale,” Danielle said. “Awearness talked about public figures who are changing the lives of others, and I realized the world needs more social workers.”

Now a social work major in the School of Social Welfare, Danielle soon discovered that Hamilton and Robbins are co-directors of the Freedom School, a Children’s Defense Fund national program that has just completed its third year at Stony Brook. The Freedom School provides rigorous, quality summer and after-school instruction to children from low-income families.

Danielle, who is fond of saying that life gives you the test first and then the lesson, found her calling as servant leader intern in the Freedom School, where she has mentored for two years.

“Working with children rekindles the hope I have for the future because they will be the next generation of leaders — doctors, lawyers, activists and other occupations — but they have to recognize their full potential and actually want to learn first,” she said.

Danielle also works as a social work intern at a Brooklyn middle school ithrough a program called Partnership with Children.

“The challenges in working with children at Partnership and Freedom School lie in not letting their obstacles be the reasons they fail,” Danielle said.

“I’ve been a part of many marginalized populations being an African American female who grew up in poverty,” she said. “Thinking of a career path was the last thing on my mind. I was more focused on where my next meal was coming from.”

“I didn’t actually know I had a gift for poetry until I performed it in the form of spoken word,” she said. “At my first performance on campus I received so much acknowledgement afterwards and people started invite me to perform at events.”

Danielle cites Maya Angelou, Tupac Shakur and her father as her major inspirations. “Maya broke so many barriers in the realm of writing, Tupac was able to manifest his poetry through music and my dad is where I got my talent from,” she said.

“I didn’t know my dad because he was incarcerated for 17 years. The first time I met him was a week before I began my freshman year at Stony Brook and I learned that we had many things in common — including poetry. We are each others’ biggest supporters when it comes to poetry because we both speak from the heart.”

Danielle has also performed at the Playback Theater of New York City. “That helped me explore my creativity with poetry in the form of improvisational acting,” she said. “Playback Theater allowed for the student participants and I to talk about some of the taboo issues on college campuses, such as suicide.”

Danielle is planning to go to graduate school, where she will pursue her master’s degree in social work. She is eyeing a career in either healthcare, education or community outreach.

“I want to become an agent of change,” said Danielle. “I maintain optimism because I know that hatred is something that is taught. When I hear and see people advocating for an end to inequality, I feel as if the fight isn’t over. Race is an invented concept. We all stem from one race — the human race.”