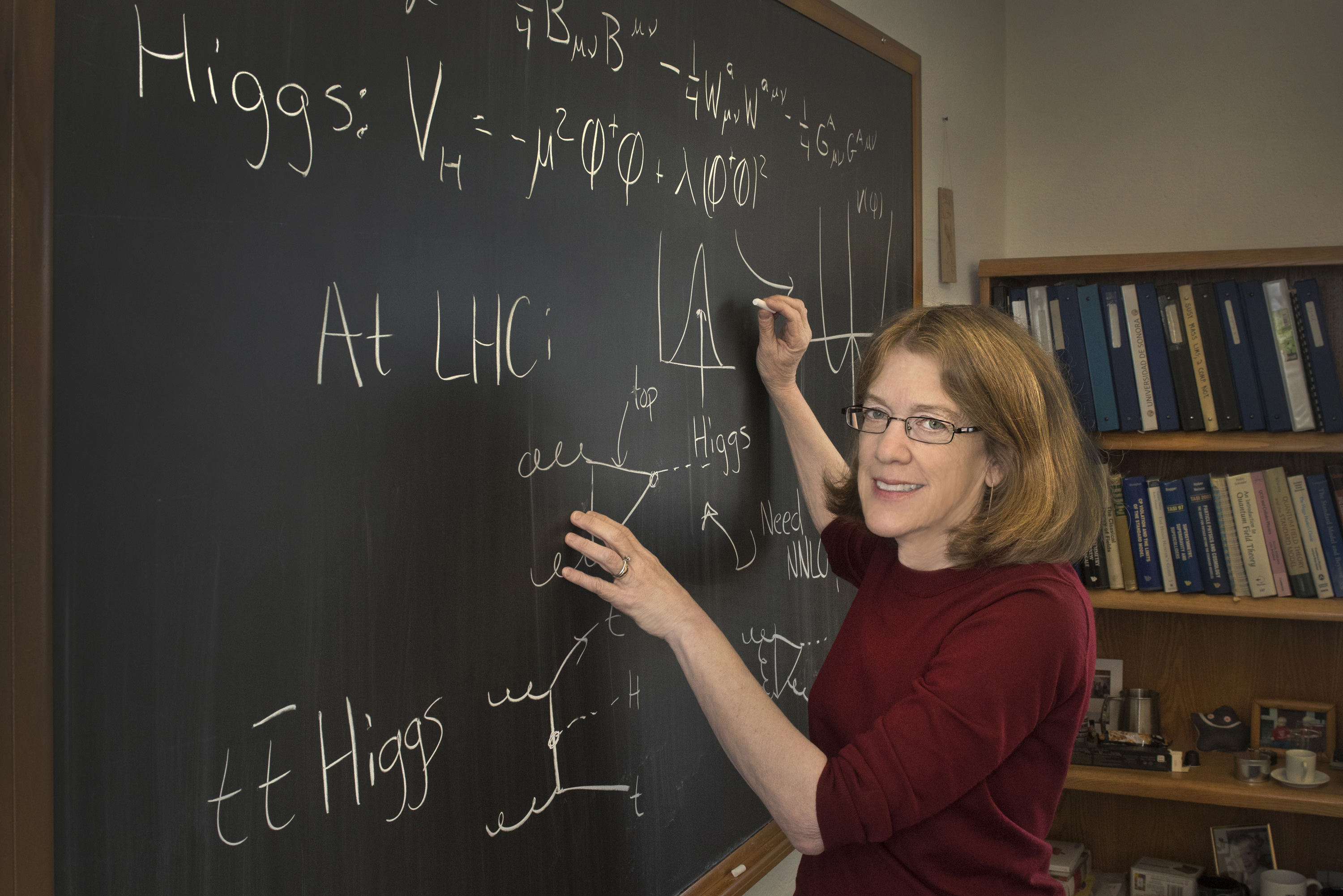 Sally Dawson, an adjunct professor at Stony Brook University’s C.N. Yang Institute for Theoretical Physics and a member of the Physics Department at Brookhaven National Laboratory, has received a prestigious Humboldt Research Award for her life’s work, which includes research on the long-sought Higgs boson and precise calculations of the particle’s properties. The prize includes an invitation for Dawson to spend up to one year cooperating on long-term research with colleagues at a research institution in Germany along with 60,000 euros to support her efforts.

The Alexander von Humboldt Foundation grants up to 100 of these awards each year to researchers like Dawson whose fundamental discoveries, new theories or insights have had a significant impact on their own discipline and who are expected to continue producing cutting-edge achievements in the future.

“Many of my colleagues are in Germany, so I’m honored and grateful to receive this award for the opportunity to continue precise calculations of the Higgs’ production and decay rates,” said Dawson, who plans to begin her semiannual travels to Germany in January 2016. During her time there, Dawson plans to collaborate primarily with fellow physicist Barbara Jaeger at the University of Tuebingen in southern Germany.

Dawson has been on the Higgs’ trail for decades, developing mathematical models to explain and predict the processes in which Higgs particles are produced. The Higgs is a subatomic particle thought to give mass to other elementary particles in the Standard Model of particle physics — the theory that describes all known fundamental particles and explains how they interact.

“You need precise theoretical calculations to see a Higgs particle because the calculations tell you what to look for and where you may find one,” Dawson explained.

Scientists discovered the Higgs at the Large Hadron Collider (LHC) at CERN in Europe in 2012, and this discovery contributed to the 2013 Nobel Prize in Physics, which was awarded to two theoretical physicists who predicted the particle’s existence nearly 50 years earlier. Today, Dawson and her colleagues are collaborating to more accurately predict the production and decay processes for Higgs particles at the LHC.

“The calculations are becoming increasingly complex,” Dawson said. “The more contributions we include in the overall equations — calculations for quarks, bosons and other fundamental particles that interact with the Higgs — the more accurate our predictions become. We get creative in figuring out how to put the pieces together and I’m looking forward to pursuing some new ideas with my colleagues in Germany.”

Dawson is co-author of the book The Higgs Hunter’s Guide. She was named a fellow of the American Physical Society in 1995 and the American Association for the Advancement of Science in 2006.