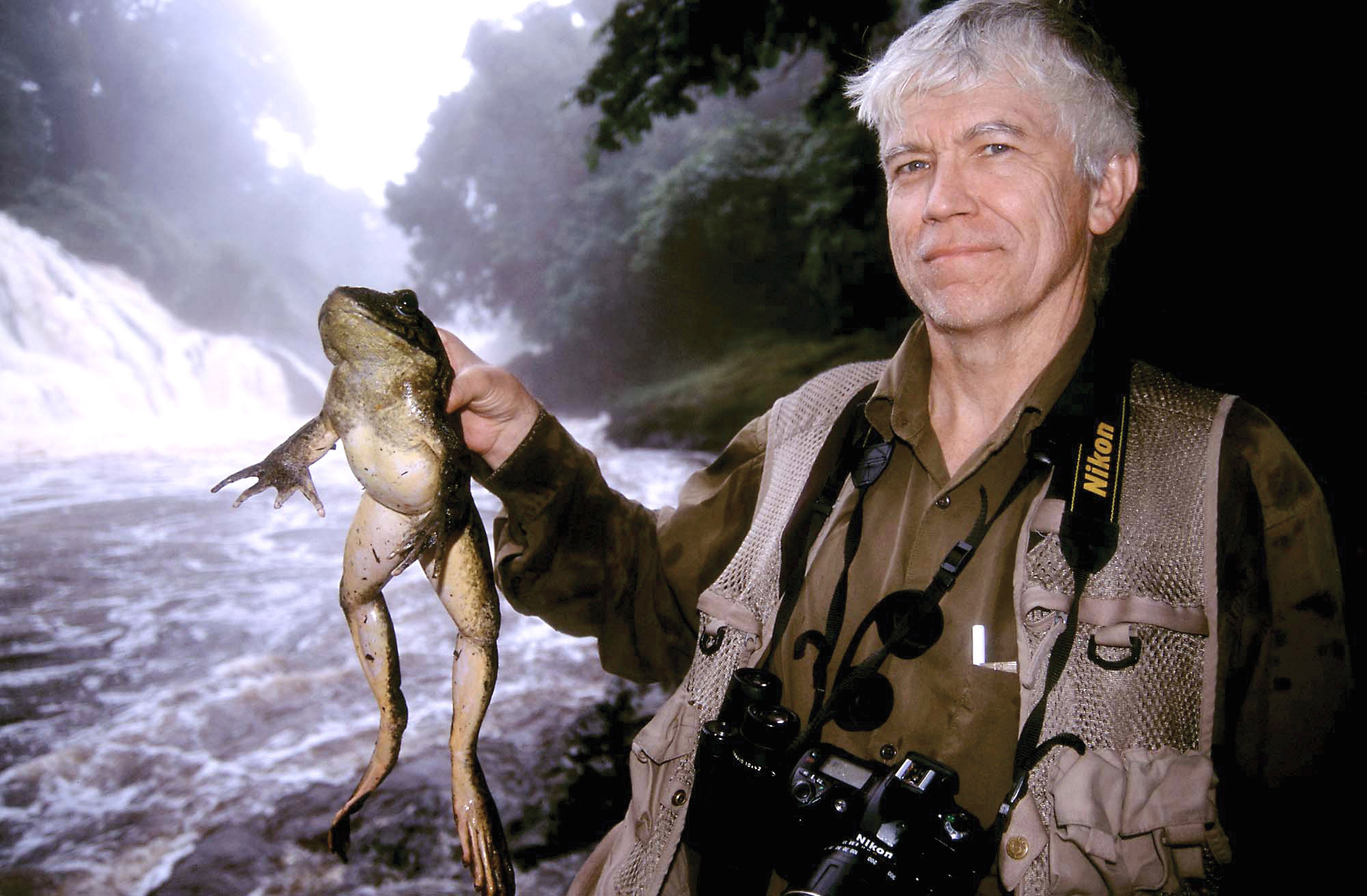 Patricia Wright, director of the Institute for the Conservation of Tropical Environments and a professor of biological anthropology at Stony Brook was chosen for her tireless work with lemurs in Madagascar using science-based conservation. In 1986 Wright made history when she discovered the golden bamboo lemur, a species that was then unknown to science and that helped to catalyze the formation of Madagascar’s park systems. A short time later, when she learned that timber exploiters were logging its rain forest habitat, she spent months trekking to delimit park boundaries with the forestry service and securing funding to develop Ranomafana National Park (RNP), now a UNESCO World Heritage Site that encompasses the home of 12 lemur species, some of which are listed among the world’s most endangered animals.

“Madagascar is a place so special, with so many unique species, that it feels like another world. But it is one in the gravest peril, with so many species on the edge of oblivion and one woman stands out as its savior – Pat Wright,” said Stuart Pimm, Doris Duke Professor of Conservation Ecology at Duke University. “With her passion, scientific excellence, fundraising skill and political acumen, Madagascar’s biodiversity has a chance. Everyone who works to conserve that biodiversity has benefited from her presence.”

Wright has become internationally known as a leading expert on lemurs and landscape conservation in Madagascar. Understanding that continued community involvement was crucial to her conservation efforts, Wright oversaw the development of a research station, Centre ValBio, at the forest’s edge of Madagascar in 2003. Centre ValBio has become an annual destination for hundreds of international researchers as well as a training center for future scientists and local community members. The station supports a staff of 70 Malagasy people and many have been trained on site as research technicians to support the work of visiting scientists. In July 2012 Centre ValBio will inaugurate a five-level building with modern laboratories, dorms and high-speed Internet, allowing sophisticated research next to the rainforest.

Russell A. Mittermeier, president of Conservation International and adjunct professor of anatomical sciences at Stony Brook University, is a legendary figure in conservation whose success in increasing the primate population through his deep-rooted knowledge of ecology, as well as coining “biodiversity hotspots,” have made his name synonymous with conservation.

Mittermeier was one of the first academic primatologists to become concerned with the sustainability and conservation of primates. He was also one of the first to see conservation synergies between field research, zoos, biomedical colonies, universities, government agencies and sanctuaries, and worked to increase and coordinate the contributions of all. Mittermeier personally arranged the legal importation of a group of rescued golden lion tamarins from Brazil to the United States in 1972. Many of these individuals became founders of the captive population, from which about 150 have been successfully reintroduced into the wild in Brazil using techniques based on his proposals.

“Driven by an inexhaustible quest to see and save the last remaining biodiversity hotspots, Russ Mittermeier is a true champion of the natural world,” said Rick Barongi, Director of the Houston Zoo. “Armed with an astonishing range of knowledge and deep-seated passion, Russ is part of an elite league of wildlife conservationists who dedicate their entire lives to inspiring others to connect and care about nature.”

One of Mittermeier’s most recent ideas is to push the concepts of primate ecotourism – “primate-watching” and “primate life-listing” – based on the very successful global model of bird-watching. With the largest primate list in the world, he hopes to create the kind of enthusiasm and public interest in primates that has been achieved for birds over the past century, and to use that to bring more tourist dollars to the remote tropical regions where most primates reside. Mittermeier has also focused a lot of attention on new species discoveries and has described three species of turtles, six species of Neotropical monkeys, and four species of lemurs with a number of collaborators, and has two lemurs, one lizard, four frogs and an ant named after him.

“These conservationists’ long-standing commitment and die-hard perseverance to protect endangered species and their environments embodies the mission of the Indianapolis Prize. We are honored to recognize their efforts,” said Myrta Pulliam, Indianapolis Prize chair.

The other Prize finalists are Steven C. Amstrup, senior scientist at Polar Bears International; Markus Borner, head of the Africa Program for the Frankfurt Zoological Society; Rodney Jackson, founder and director of the Snow Leopard Conservancy; and Carl Jones, scientific director of the Mauritian Wildlife Foundation and International Conservation fellow at the Durrell Wildlife Trust.

The 2010 biennial Indianapolis Prize was awarded to legendary elephant advocate Iain Douglas-Hamilton. His accomplishments span decades and continents, bringing global attention to the issue of blood ivory and inspiring others to join the battle against poachers and traders.