What Would You Do to Save Your Kids? 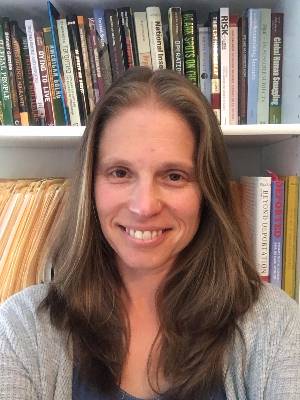 Professor Nancy Hiemstra addresses today’s immigration policy issues in her recent Huffington Post op ed, “What Would You Do to Save Your Kids? The Outrage of Separating Immigrant Families at the Border.”

Hiemstra, an assistant professor in the Department of Women’s, Gender and Sexuality Studies, incorporates ideas and topics that address some of the latest issues relevant to her courses. Last semester, she taught an undergraduate class that focused on immigration, discussing many different aspects of contemporary immigration policy.

“As someone who researches detention and deportation, I know that these policies are heavily influenced by beliefs that are simply incorrect, for example, that economic uncertainty is immigrants’ fault, that immigrants are criminals, that detention and deportation deter immigration, as well as the influence of private companies and local governments involved in the business of detention,” Professor Hiemstra says. “As a parent, the idea of being separated from my own kids is agonizing. I want to try to share what I’ve learned with a broader audience, in ways that can contribute to changing inhumane and ineffective policies.”

A political and cultural geographer, Professor Hiemstra’s interests include global migration, immigration enforcement practices, homeland security, Latin America and feminist methodologies. She will be part of the upcoming “Immigration, Labor, and Deportation: A Teach-In on Changing Policies and Their Impacts” on Tuesday, March 21, from 3:30 pm to 5 pm in the Charles B. Wang Center, Room 201.