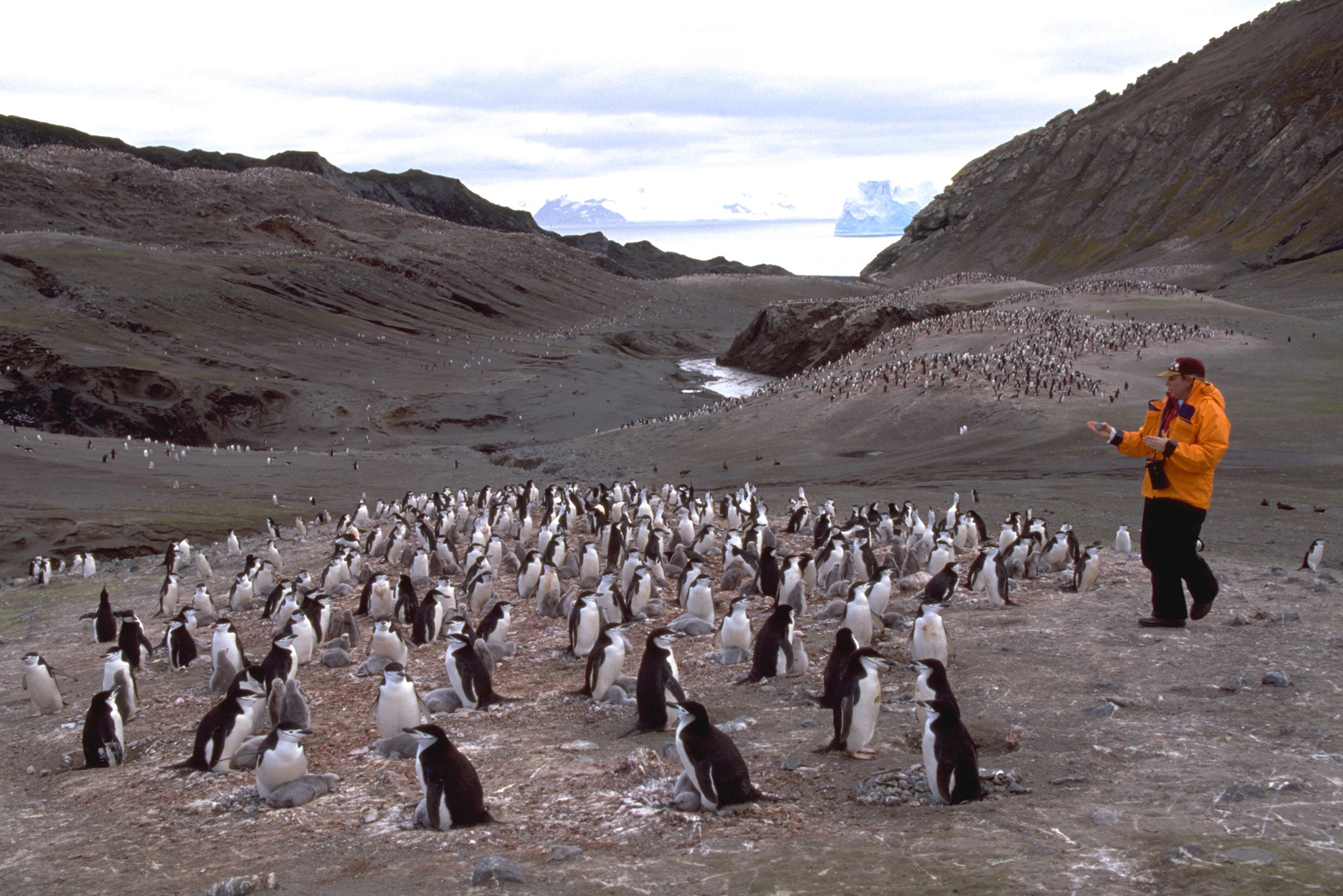 Three penguin species that share the Western Antarctic Peninsula for breeding grounds have been affected in different ways by the higher temperatures brought on by global warming, according to Stony Brook University Ecology and Evolution Assistant Professor Heather Lynch and colleagues. The work by Lynch and her team is contained in three papers that have been published online in Polar Biology, Ecology and Marine Ecology Progress Series.

Lynch and her colleagues used a combination of fieldwork and, increasingly, satellite imagery to track colonies of three penguin species – Adélie, chinstrap and gentoo. The Adélie and chinstrap migrate to the peninsula to breed, while the gentoo are year-round residents.

In addition, the gentoo prefer areas with less sea ice and have been able to migrate further south into the Antarctic as the sea ice shrinks. The chinstrap and Adélie species rely more heavily on the abundance of Antarctic krill, which require sea ice for their lifecycle.

Professor Lynch spoke about her research and advances in the use of satellite imagery to track penguin populations as part of “Polar Climate Change Research: A Workshop for Educators” at the Charles B. Wang Center on April 10-11, 2012. The workshop was designed to give high school science teachers the tools they need to teach about climate change in the Polar regions.

One of those resources is Google Earth, where the scientists have uploaded their satellite imagery of penguins and other species that live or breed in the Polar regions. Lynch said the use of Google Earth has helped to “democratize the science” in that anyone can view the images.

Satellite imagery has advanced the science of tracking penguin populations, drastically reducing the time needed to do a census and even helping to find previously unknown colonies. What took weeks to accomplish through fieldwork can now be done in hours through the use of satellites.

For first responders Bruno Valenti and Stephen Lengyel, the experience of being on the front lines of the terrorist attacks of September 11, 2001 was profoundly life-changing. The two former members the New York City...

The program is an annual competition fostering collaborative efforts between scientists at Stony Brook and Brookhaven Lab to develop synergistic activities that can grow research programs.