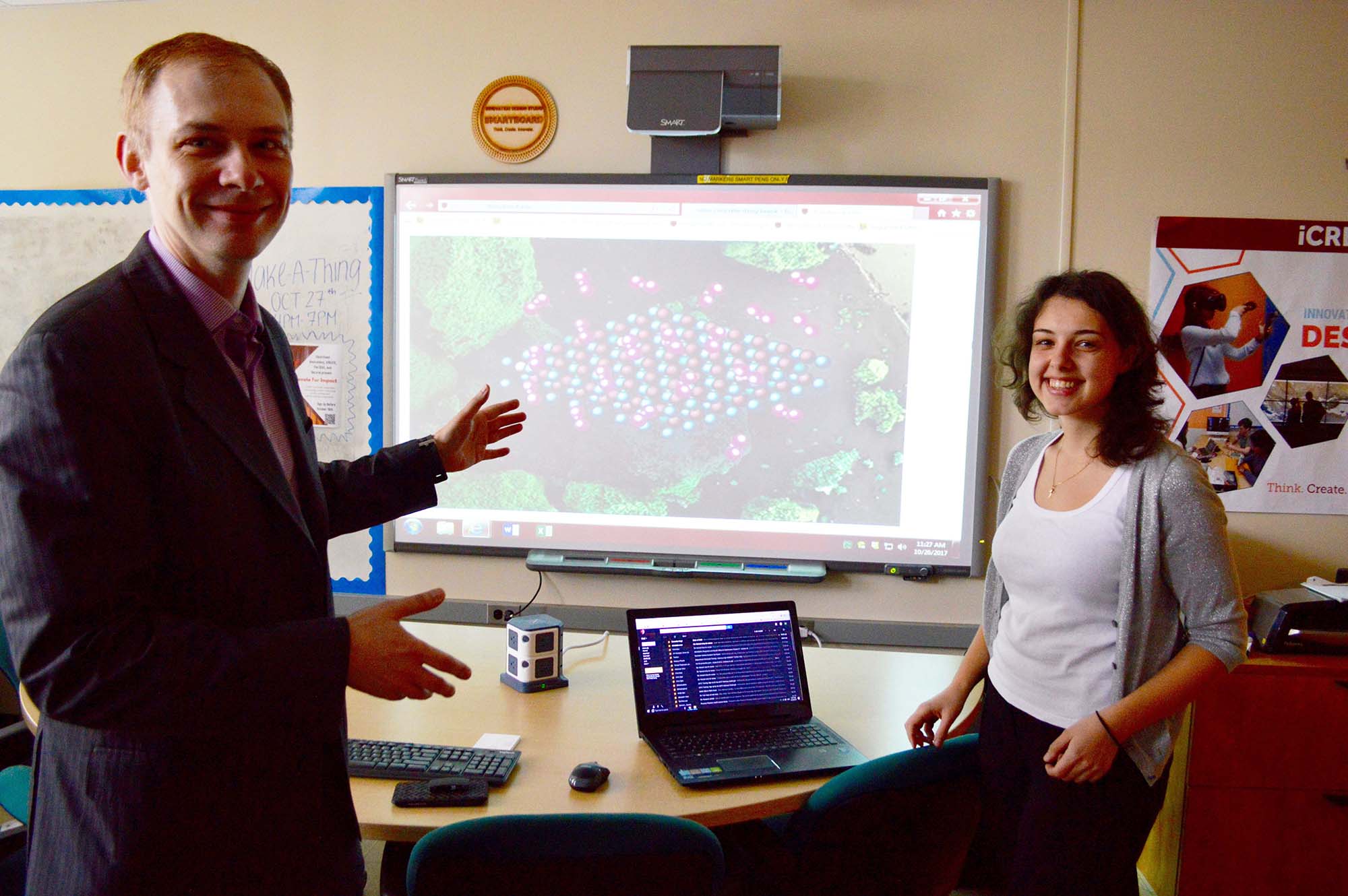 The study of objects less than a billionth of a meter, also known as “nanometers,” is a special research discipline that Materials Science and Engineering Professor Alexander Orlov has been working on for years. A major breakthrough in this field has been the emergence of a new generation of consumer products containing nanoparticles, nano-enabled biomedical devices and many other exciting developments straight out of science fiction novels. However, like many scientific breakthroughs, there is hesitation in the implementation of nanotechnology.

“It is a very difficult area to describe, as you cannot see nanoparticles with the naked eye,” Orlov explained. “People fear nanotechnology similar to radiation.”

To help the general public understand and accept this new technology, Orlov began using nanoart to visualize nanotechnology. He teamed up with Marija Iloska, a student studying chemical and molecular engineering in the College of Engineering and Applied Sciences, to infuse colors into the black-and-white nano-objects.

Iloska has been drawing and painting since she was a young girl in Macedonia, but compared to drawing portraits and landscapes with colored pencils, she says that coloring nano-objects is a whole different ball game.

“It is very interesting because there are really no limits to the imagination. It’s like opening your mind to see other things,” said Iloska. “I combine colors that go together to make the best impression with what I am trying to illustrate.”

Yet finding that balance between art and science is not always easy. Orlov says that nanoart adds color and dimension to attract public interest and attention in the science, but those colored images reduce accuracy and precision.

“It is sort of a compromise,” Orlov explained. “If the public can understand what it’s about, accuracy isn’t the highest priority,” he said. With a suitable amount of color and a little bit of imagination, nanoart can help share some of the scientific breakthroughs material scientists like Professor Orlov are pioneering.

In his recent research, Orlov discovered the use of concrete to eliminate harmful air pollutants, including sulfur and nitrogen dioxide, and minimize air pollution. With the help of Iloska, he presented research findings using a colored electron microscopy image of sulfur dioxide interacting with concrete.

“Our research has real applications but what we are also trying to do, in terms of outreach and perception, is bring it to life in colors,” said Orlov. “When we are working with the chemical benefits of concrete, a little color can go a long way.”