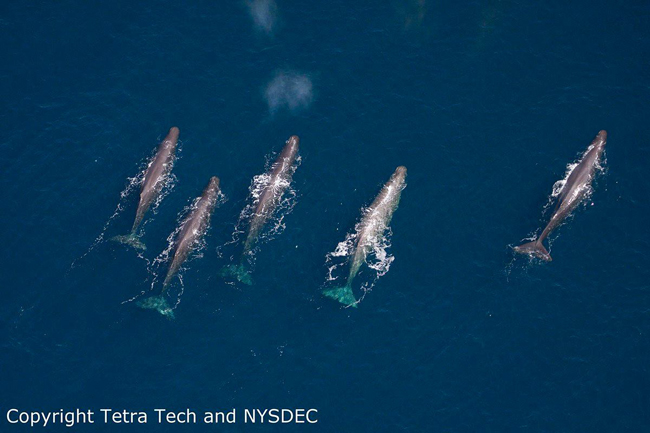 Nearly $570,000 in ocean research grants have been awarded to three investigative teams, two of which are from Stony Brook University. Through New York State’s 10-year Ocean Action Plan (OAP) — supported by the Environmental Protection Fund’s Ocean and Grant Lakes funding — the state has prioritized dedicated research to inform long-term monitoring programs and to improve science-based understanding of how interrelated components of the ocean ecosystem function off New York’s coast.

The SBU teams, along with a third team from CUNY York College and the Wildlife Conservation Society, will work to identify the biodiversity of the offshore ecosystem of the New York Bight (the area of ocean from the south shore of Long Island to the continental shelf break) and investigate the species and uses of New York’s ocean environment.

As a partner with the New York State Department of Environmental Conservation in the OAP Research Program, New York Sea Grant (NYSG), which is based at Stony Brook, will help New York’s diverse coastal communities respond to rapid economic and environmental changes. NYSG has been funding research for nearly 50 years on issues of critical importance to New York’s coastal communities and stakeholders. Sea Grant is partnering with DEC in administering theses research awards.

“I have long been a supporter of the great work that New York Sea Grant does to study and understand our diverse marine ecosystems,” said Assemblyman Steve Englebright, Chair of the Assembly Environmental Conservation Committee. “I am pleased to see the Stony Brook University School of Marine and Atmospheric Sciences, DEC, and others partnering to fund important projects that will tackle the issues of ocean acidification, marine biodiversity, and the overall effect that climate change will have on shellfish and other marine species.”

The Stony Brook projects are as follows:

Ocean acidification in the New York Bight: Associations with eutrophication processes and implications for shellfish populations — $195,000

Researchers Chris Gobler, Michael Frisk and Lesley Thorne, from the School of Marine and Atmospheric Sciences (SoMAS), will investigate the impacts of ocean acidification on shellfish, crustaceans, fish, and zooplankton in the New York Bight and possible connections to oceanic eutrophication. Ocean eutrophication begins with the increased load of nutrients to coastal waters and can stimulate an explosive growth of algae (algal blooms) that depletes the water of oxygen when the algae die and are eaten by bacteria.

Investigators Bassem Allam, Robert Cerrato, Emmanuelle Pales-Espinosa, Kamazima Lwiza from SoMAS will study environmental impacts to this shellfish fishery as well as the implication for other marine life species regime shifts occurring in the New York Bight with an increase in global temperatures and potential ocean acidification.