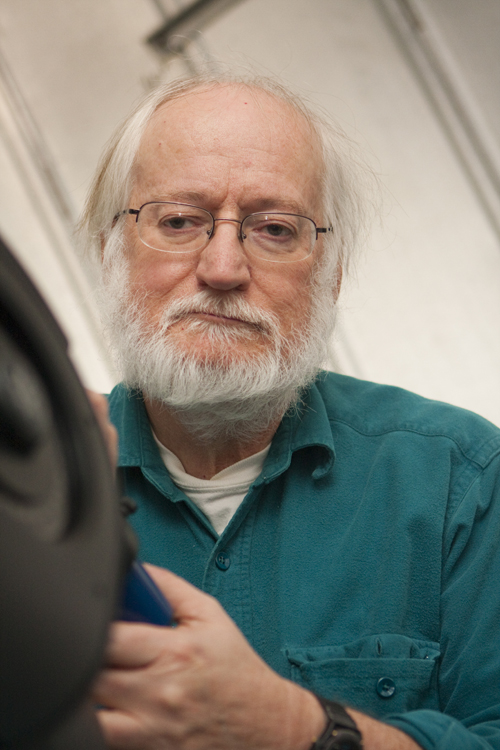 “In bestowing its highest faculty honor, SUNY proudly recognizes the extraordinary achievements of these faculty and the positive impacts they have had on SUNY, on the students they teach and mentor, and on their colleagues both on campus and across the globe,” said SUNY Chancellor Nancy L. Zimpher. “Many thanks and congratulations to today’s honorees.”

The Distinguished Professorship is conferred upon individuals who have achieved national or international prominence and a distinguished reputation within a chosen field. This distinction is attained through significant contributions to the research literature or through artistic performance or achievement in the case of the arts. The candidates’ work must be of such character that the individuals’ presence will tend to elevate the standards of scholarship of colleagues both within and beyond these persons’ academic fields.

All distinguished faculty are also members of the SUNY Distinguished Academy, established in March 2012.

Professor Gootenberg is one of the nation’s foremost Latin American scholars. A former Rhodes Scholar at Oxford and Guggenheim fellow, he has taught at Stony Brook University for two decades, where he is now a professor of history and sociology. Six of his early essays in the economic and social history of the Andes earned top academic prizes. By the mid-1990s, Gootenberg began to pioneer an entirely new realm of academic inquiry: the global history of drugs. His landmark 2008 book, Andean Cocaine: The Making of a Global Drug, has been universally acclaimed as a transformative book in the field of drug history, which Professor Gootenberg’s writings continue to shape. As Director of Latin American Studies from 2000 to 2005, his thematic project “Durable Inequalities in Latin America” won the University’s first Rockefeller Foundation grant ($325,000) and led to a path-breaking volume on hemispheric inequality, a pressing hemispheric social dilemma. In August 2012 Gootenberg was the only academic invited to address the President Drug Czar’s annual National Drugs Intelligence Summit.

James M. Lattimer is an internationally recognized expert in the properties of hot dense matter that is found in neutron stars and other astronomical objects. His research spans the fields of nuclear physics and astrophysics, and he has significantly contributed to both. Perhaps his most important work is the development of models for the properties of dense nuclear matter. His models have been widely accepted and used by researchers in the astrophysical community, leading to the solution of a host of astrophysical problems. Most recently, he and his former students discovered superfluidity in a neutron star.