Donald Trump is the likely next President of the United States, according to a model developed by Stony Brook University Political Science Professor Helmut Norpoth.

In a February 22 presentation sponsored by the Stony Brook Alumni Association, Norpoth described his statistical model for predicting party nominees as well as winners of the general election.

Norpoth said his model works for every presidential election since 1912, with the exception of the 1960 election. Overall the model has an accuracy rate of 96.1%. He cautioned that no model is perfect, and that unpredictable factors could change the results as campaign season continues. Watch his presentation below.

Update: The February 22 presentation featured a preliminary forecast. On the basis of Super Tuesday results, Norpoth reports that his model now predicts that it is 87% to 99% certain that Donald Trump would win the presidential election on November 8, 2016; 87% if running against Hillary Clinton, 99% if against Bernie Sanders. 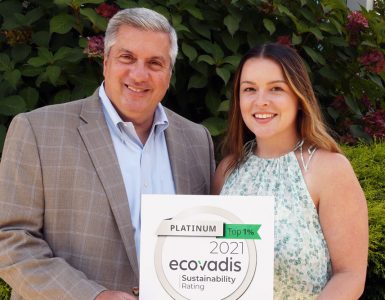 "Charting the Course for Energy" brought together policymakers, energy researchers and entrepreneurs, and industry leaders to discuss the future of energy.