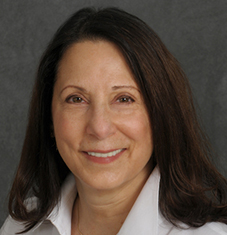 Susan E. Brennan, Chang Kee Jung and Nancy C. Reich have been named fellows of the American Association for the Advancement of Science (AAAS), a high honor bestowed upon AAAS members by their peers.

Fellows are awarded because of their scientifically or socially distinguished efforts to advance science or its applications. New fellows will be recognized on February 17 at the AAAS Fellows Forum during the 2018 AAAS Annual Meeting in Austin, Texas. Fellows will be formally announced in the AAAS News & Notes section of the journal Science on November 24, 2017.

Professor Susan E. Brennan, from the Department of Psychology, was named a fellow in the AAAS Section on Linguistics and Language Science for distinguished contributions to the understanding of natural language discourse, integrating multiple disciplinary perspectives from cognitive psychology, computer science and linguistics.

Distinguished Professor Chang Kee Jung, from the Department of Physics, was named a fellow in the AAAS Section on Physics for his leadership role in neutrino research, particularly for establishing evidence for electron-neutrino appearance from a muon neutrino beam.

Professor Nancy C. Reich, from the Department of Molecular Genetics and Microbiology, was named a fellow in the AAAS Section on Medical Sciences for distinguished contributions to the fields of cytokine and interferon signaling, particularly for discovering many key players and their roles in modulating interferon-induced responses.

AAAS is the world’s largest general scientific society and publisher of the journal Science as well as Science Translational Medicine, Science Signaling, a digital, open-access journal, Science Advances, Science Immunology, and Science Robotics. AAAS was founded in 1848 and includes nearly 250 affiliated societies and academies of science, serving 10 million individuals. Science has the largest paid circulation of any peer-reviewed general science journal in the world. AAAS is open to all and fulfills its mission to “advance science and serve society” through initiatives in science policy, international programs, science education, public engagement and more.