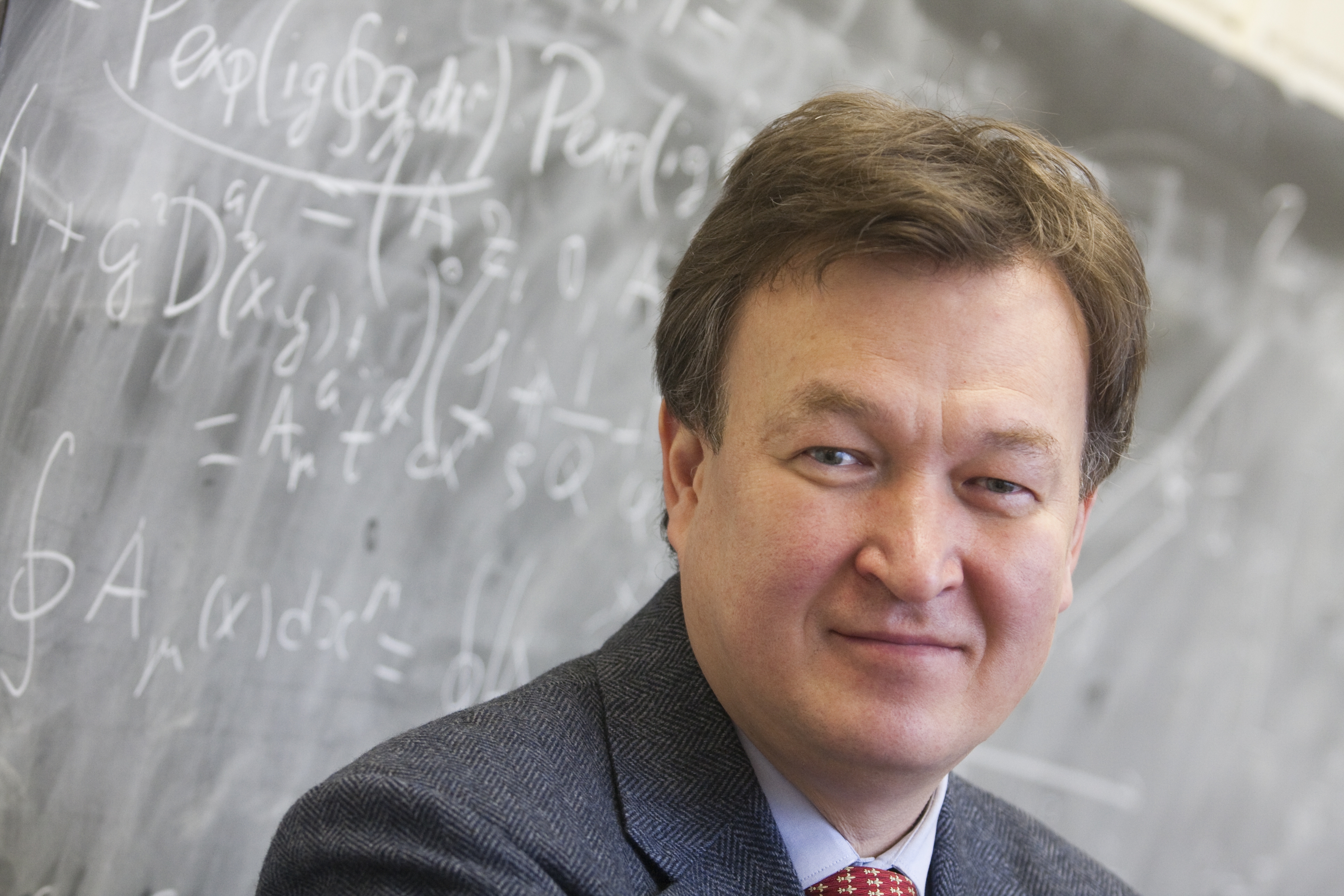 Benach, Gurevitch, and Kharzeev will be honored on February 19 at the 2011 AAAS annual meeting in Washington, D.C.

Jorge Benach: Discovered Organism Causing Lyme Disease
Selected an AAAS fellow in the Medical Sciences section because of his outstanding contributions to the field of infectious diseases and commitment to the national research agenda, Benach has been a researcher and educator at Stony Brook for more than 30 years. In 1984, Benach brought recognition to the University and School of Medicine when he made the landmark discovery of the organism, Borrelia burgdorferi, that causes Lyme disease.

In 2000, Benach established the CID at Stony Brook. Scientists through the CID collaborate with clinicians to carry out epidemiological and clinical studies that may speed up the time it takes for research discoveries to evolve into new therapeutics and diagnostics. For seven years, the CID has received major funding from the National Institute of Allergy and Infectious Diseases of the National Institutes of Health (NIH). A 2009 grant renewal, part of the NIH’s Biodefense and Emerging Infectious Disease Research Opportunity program, will total $23 million by 2012.

“Dr. Benach’s drive and vision to develop a first-rate educational and research program at Stony Brook investigating emerging pathogens, with collaborators in the School of Medicine and University, has led to remarkable cutting-edge research in the field of infectious diseases,” said Kenneth Kaushansky, Senior Vice President of the Health Sciences and Dean, School of Medicine.

Benach’s career has focused on the area of vector-borne diseases, particularly in the area of spirochetal infections. At Stony Brook, he and colleagues have conducted extensive research regarding how microbes cause disease and how the body fights off infection, largely through interdisciplinary investigations in the CID and the Centers for Molecular Medicine.

Jessica Gurevitch: Conducts Research in Plant Ecology and Statistical Applications in Ecology
Gurevitch, named a fellow in the Biological Sciences section, was honored for influential research in both ecology and statistics, including pioneering the application of meta-analysis and spatial statistics in ecology and evolution.

“Being elected an AAAS fellow is an honor, and I am grateful for the recognition of my contributions and the influence of my work,” Gurevitch said. “I am delighted and humbled to be asked to join this group of outstanding scientists and scholars.”

Gurevitch’s research interests are in plant ecology and statistical applications in ecology, focusing largely on population and community ecology. Her major current interests are plant demography in disturbed environments, the ecology of biological invasions, and meta-analysis in ecological research.

Gurevitch introduced contemporary quantitative research synthesis and meta-analysis to the fields of ecology and evolution, changing the way scientists in these fields conceptualize and review scientific data. This work has been controversial and highly influential. It grew out of her interests in applying rigorous statistical methodology to the analysis of ecological data and the design of ecological experiments. In addition to giving many invited and keynote talks on this and other aspects of her research, Gurevitch has convened a number of high-profile workshops and working groups at the National Center for Ecological Analysis and Synthesis, and at the National Evolutionary Synthesis Center.

Her bestselling co-edited book, The Design and Analysis of Ecological Experiments, went through two editions and has influenced a generation of young ecologists. Gurevitch is also known for carrying out important fieldwork in plant population and community ecology, and her work has been highlighted in several ecological textbooks. Many of her papers are highly cited.

Dimitri E. Kharzeev: Conducts Research Investigating the Symmetries in Super-dense matter and in the Universe
Dmitri E. Kharzeev has been named a fellow for his distinguished contributions to the field of theoretical nuclear physics, specifically the understanding of relativistic heavy ion physics.

“I am humbled by the honor bestowed upon me by the AAAS, the world’s largest scientific society,” said Kharzeev. “I am also very grateful to my colleagues at Stony Brook University and Brookhaven National Laboratory for their generous support, and to the Department of Energy for funding my research.”

Kharzeev’s research deals with the fundamental symmetries of nature and the ways in which the breaking of these symmetries at micro-scales in super-dense matter can affect the present-day universe.

“Specifically, six years ago I proposed the possibility that the symmetry between left and right (so-called ‘parity invariance’) could be locally broken in quark-gluon plasma, and that this symmetry breaking should manifest itself in the asymmetry in the emission of charged particles in heavy ion collisions at the Relativistic Heavy Ion Collider (RHIC) at Brookhaven National Laboratory,” he said.

Experiments at RHIC, in which Stony Brook professors are heavily involved, have recently found evidence of this effect, as reported earlier this year in The New York Times.

Those experiments involved using the RHIC to accelerate gold nuclei around a 2.4-mile underground ring to just under the speed of light and then colliding them in order to melt protons and neutrons and free their constituent quarks and gluons. The scientists had been trying for years to achieve a state of matter known as quark-gluon plasma, which is believed to have existed at the birth of the universe. The process involved defying a law of physics known as parity, in which there is symmetry between left and right.

“The mechanism by which the symmetry between left and right is broken in super-dense matter is thought to be very close to the mechanism by which the symmetry between matter and anti-matter was broken in the early universe,” said Kharzeev. “Without the breaking of this symmetry, the matter and anti-matter would annihilate in the early moments of the universe’s existence leaving behind only radiation, and no material to build the stars, planets, and humans.”