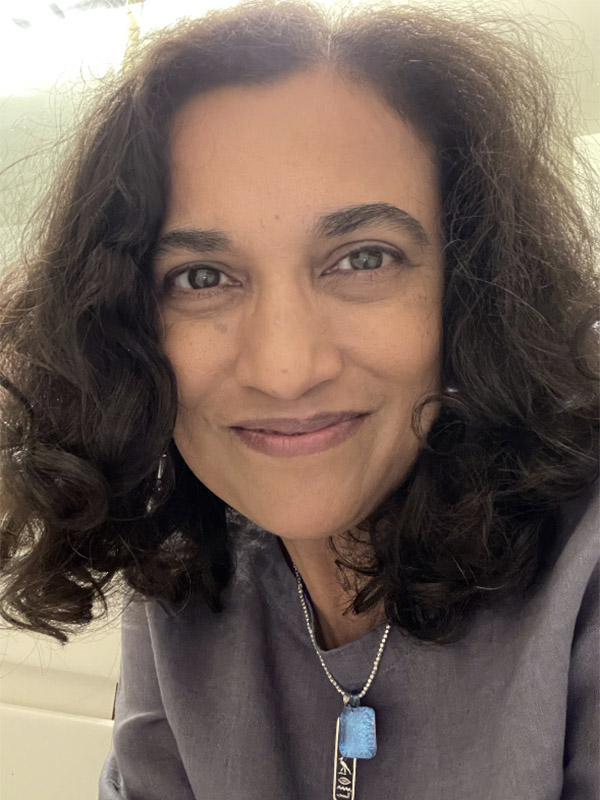 Suparna Rajaram, a distinguished professor of cognitive science in the College of Arts and Sciences Department of Psychology at Stony Brook, has been named a 2022 Guggenheim fellow by the Board of Trustees of the John Simon Guggenheim Memorial Foundation. She is among a diverse group of 180 exceptional individuals chosen from almost 2,500 applicants on the basis of prior achievement and exceptional promise.

“A Guggenheim Fellowship is an extremely prestigious and competitive award,” said Joanne Davila, professor and chair, Department of Psychology. “That Professor Rajaram was the only psychologist to receive one this year clearly speaks to her tremendous talent and visionary scholarship. She is incredibly deserving of this award, and we are beyond fortunate to have her as our colleague.”

Rajaram’s research focuses on the experimental study of social transmission of memory and emergence of collective memory. Cognitive science research in this area is growing rapidly to produce advances in the scientific understanding of the social influences on memory. Her goal is to understand complex, large-scale group memory phenomena in terms of well-grounded psychological processes. Such a study of information flow in social settings — both in small groups and large social networks — offers a platform to understand the nature of memory function and memory errors, as well as social scaffolding of memory in aging. Critically, this approach also offers tools to investigate the influences of social, cultural and political contexts within which collective memory emerges; that is, how memory structures align across a body of people to form collective memory.

In all, 51 scholarly disciplines and artistic fields, 81 different academic institutions, 31 states and the District of Columbia, and four Canadian provinces are represented in this year’s class of Fellows, who range in age from 33 to 75. Many of their projects directly respond to issues like climate change, pandemics, Russia, feminism, identity and racism.

Since its establishment in 1925, the Guggenheim Foundation has granted nearly $400 million in Fellowships to over 18,000 individuals, among whom are more than 125 Nobel laureates, members of all the national academies, winners of the Pulitzer Prize, Fields Medal, Turing Award, Bancroft Prize, National Book Award, and other internationally recognized honors. The great range of fields of study is a unique characteristic of the Fellowship program.