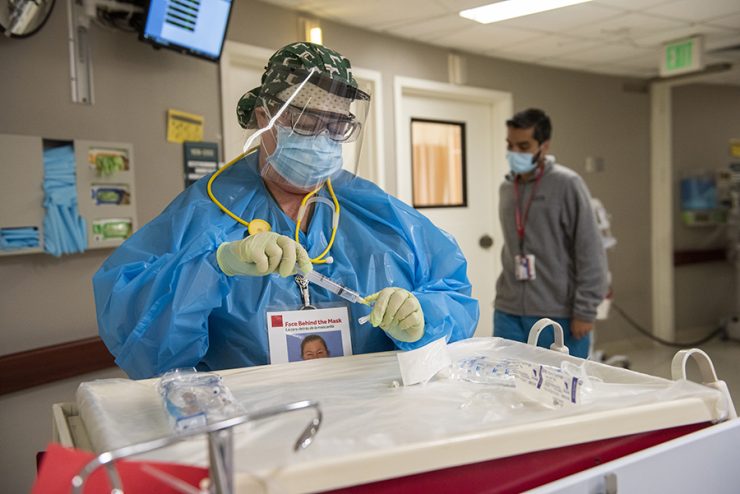 Findings Are Based on Nearly 19 Million Publicly Available Tweets

A study led by Stony Brook University political scientists and published in PNAS analyzed nearly 19 million publicly available tweets from 2019 to 2021, and they found consistently that as the number of  COVID-19 cases and deaths increased, fewer tweets about climate change occurred. Additionally, tweets about climate change during those periods are characterized by less fear, anger and negative sentiment on the issue.

Oleg Smirnov, associate professor in the Department of Political Science and lead author, says that the data from their research illustrates how the COVID-19 pandemic affected the discussion on climate change on Twitter. He and co-author Pei-Hsun Hsieh, a PhD student in political science, adopted Weber’s psychological theory of the “finite pool of worry,” which suggests that people avoid dealing with multiple negative events at the same time. And their research results “support the finite pool of worry hypothesis and imply that the pandemic redirects public attention from the important problem of climate change mitigation.”

They compared daily and weekly tweets in relation to the status of the worldwide pandemic over the course of the three years, with target points being Twitter commentary and discussion about COVID-19 and climate change. Their results are based on regression analysis with many controls such as media coverage, natural disasters and political variables around COVID-19 and climate change.

Smirnov says that, overall, the total number of tweets that mention “climate change” decreased from approximately 8 million in 2019, to 5.6 million in 2020, then down further to 5.3 million in 2021 as the pandemic continued and worldwide deaths mounted.

“The numbers are striking especially in 2021, as the decrease in tweets occurred even with more Twitter users signed on in 2021, along with more climate disasters and more climate-related events in the news, such as more North Atlantic hurricanes and wildfires in the United States,” adds Smirnov.

This information led the researchers to conclude that the observed decrease in climate change discussion on Twitter over the timeframe was not driven by the amount of media coverage of climate change but rather by the number of COVID-19 cases and deaths.

The researchers collected tweets by using Python libraries GetOldTweets3 and snscrape. They gathered total numbers of COVID-19 cases and deaths from information found in Our World in Data.

Smirnov and Hsieh conclude that because of their findings, “We emphasize that climate change mitigation may not seem important or at least, urgent to the public and policymakers in the presence of other global problems, such as the Covid-19 pandemic or major geopolitical crises…While the current global crises may be seen by policymakers as more pressing relative to the seemingly distant threat of climate change, the objective urgency of the problem remains the same.”