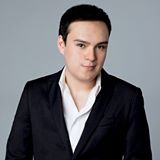 Winkler’s Symphony commemorated an important moment in the history of Stony Brook University. The work premiered in a gala concert celebrating the opening of Staller Center in 1979 (then called the Fine Arts Center). Additionally, the piece was written in celebration of Winkler’s friend David Lawton, artistic director of the Stony Brook Opera. Lawton’s influence as an interpreter of Romantic music led Winkler to write a work that would, in Gustav Mahler’s phrase, “be like the world; it must embrace everything.” Winkler, who has a lifelong creative and scholarly involvement with popular music, retired from Stony Brook’s Department of Music in 2014. He has since made revisions to his symphony, and this performance will feature the revised work. The 45-minute symphony begins with craggy dissonances and ends with a lilting, Caribbean-flavored tune in B major.

Virtuoso flutist Ray Furuta, a student of renowned flutist Carol Wincenc, is a young artist on the rise. Sister Cities International recently named him a cultural ambassador for the United States. Furuta is the artistic director and founder of the popular Silicon Valley Music Festival in San Jose, California. He has performed internationally and has collaborated with artists such as the Juilliard, Kronos and Emerson String Quartets.

The Stony Brook Symphony Orchestra includes outstanding musicians from all over the world pursuing advanced studies in the Department of Music with renowned performance faculty.