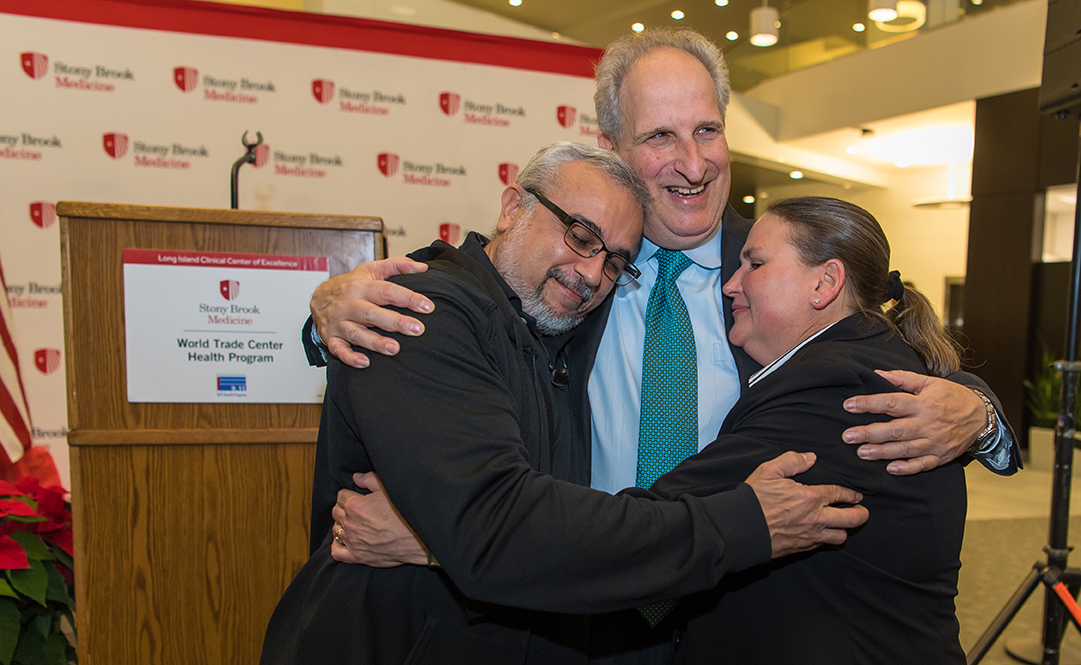 The WTC Wellness Program includes patient care, research, education and outreach. As a component of the Wellness Program, the WTC Health Program provides health monitoring and personalized medical care for 9/11 responders at clinics in Nassau and Suffolk counties.

Dr. Benjamin Luft, Director of the WTC Wellness Program, told the audience at the event how he and Guerrera began the program from the ground up.

“Establishing a clinic from nothing requires absolute conviction that you’re doing the right thing,” he said, describing Guerrera as the right person for the job of shepherding the program’s growth.

“Thank you, Melodie,” Dr. Luft said. “You have done an extraordinary job and leave a rich legacy. Many thousands of responders are better off as a result of your efforts.”

Patient Carol Paukner, a police officer who retired after injuries sustained on 9/11, described Guerrera as “wonderful. She’s always been just a phone call away. She’ll be missed.”

Lauri Boni, a healthcare administrator in the WTC Health Program’s Queens Clinical Center who has worked with Guerrera, described her as “never one to seek the limelight, but always there to illuminate the discussion.”

Guerrera, she said, is “a change-maker. Melodie is one of the bravest women I have ever met, and she has never backed away from a challenge.”

Regarding her post-retirement plans, Guerrera said her first priority will be to recuperate from recent surgery. She and her husband Al plan to travel the country via motor home, and after that, “then we’ll settle in.”

After the ceremony, Dr. Luft spoke of how the 9/11 responders’ medical needs are changing as time goes on.

“We have to develop new ways to take care of them,” he said. “We have to be nimble and flexible.”

When the World Trade Center disaster occurred, he said, the average age of responders was late 30s to early 40s. Now their average age is 55 years old.

“This is the age when a lot of normal aging processes start to complicate the disease process,” Dr. Luft said.

Medically, 9/11 was a unique event because tens of thousands of people were traumatized at the same time, Dr. Luft pointed out.

“You can expect that 20 to 40 percent of them will have long term psychological or medical effects,” he said. “These effects will give rise to a whole host of diseases, like cognitive or cardiac problems, besides the diseases that originally came about.”

The WTC Health Project’s research studies include using Stony Brook Medicine imaging to obtain scans of responders’ brains, Dr. Luft said. There are also efforts underway to determine why some of the responders are developing various cancers.

Recently the WTC Wellness Program received a five-year federal grant of more than $60 million from the Centers of Disease Control and Prevention’s National Institute for Occupational Safety and Health.

The grand opening ceremony also served as an unveiling of framed photographs, to hang in the WTC Health Program’s waiting room, of those who have been strong supporters of the program. In addition to a portrait of Guerrera, the photo subjects included: former presiding officer of the Suffolk County Legislature William J. Lindsay; former president of the Nassau-Suffolk Building and Construction Trades Council Jack Kennedy; Stony Brook Medicine’s David Parkinson, MD; and first responder, patient and healthcare advocate John Feal. 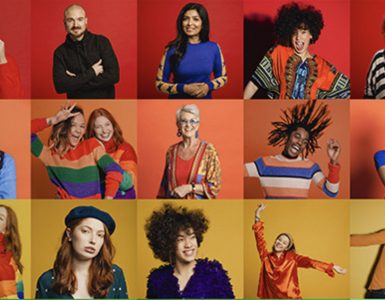