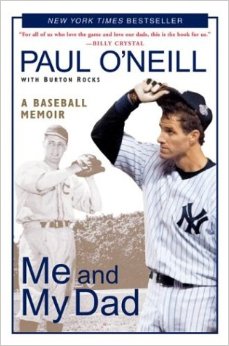 He was a sick little boy pressing the hold button on real life.

Burton Rocks, then just 8, was alone on a stage at Stony Brook University’s Staller Center, performing the “Mickey Mouse March” on the piano and savoring a two-hour furlough from the hospital.

“It’s my earliest memory of Stony Brook and I’ll never forget it,” said the New York Times best-selling author who suffered severe childhood asthma before earning a history degree from the university in 1994.

“I was in the hospital that morning. My doctor said he’d release me and that if I didn’t feel well after the recital, he’d wait for me at the hospital,” continued Rocks, now 42. “I played my piece, wheezing the whole time, and finished to the cheers of my proud parents. Then, I went back to the hospital.”

Such was the routine for Rocks, whose chronic condition – he suffered three Code Blues before he turned 5 – landed him in hospitals throughout his time at Nassakeag Elementary School.

At Stony Brook University, Rocks enrolled in the Honors College, where he began to cultivate his writing talents. His thesis project examining the effects of weight training on professional baseball served him well in his career endeavors as a writer and now, as a sports agent representing Major League Baseball managers, coaches, players and broadcasters.

“The Honors College was truly a catalyst for my writing career,” said Rocks, who wrote the 2003 bestseller Me and My Dad: A Baseball Memoir with retired New York Yankee Paul O’Neill. “Stony Brook was the perfect fit for me.”

“Hi. I’m Burton Rocks”
Jim Riggleman was the bench coach for the Washington Nationals and on a road trip in New York in 2009 when he received his first Burton Rocks call.

“I was sitting in my hotel room when he called to introduce himself,” Riggleman said. “He told me he knew people in broadcasting and that if I was interested in changing my career, he could represent me. You got to be thick-skinned to call out of the blue like that.”

“This time we were in town to play the Mets and I had become the Nationals’ interim manager,” Riggleman, 62, said. “A few months later, when the Nationals wanted to hire me as their permanent manager, I hired Burton and he negotiated an attractive contract for me.”

Rocks, who earned a law degree in 1997, scored his first big break in writing in 1999 when he collaborated with Clyde King, the longtime trusted baseball advisor to legendary New York Yankees owner George Steinbrenner, to co-author A King’s Legacy: The Clyde King Story.

He ventured away from sports in 2005, teaming with “Odd Couple” actor and sports fanatic Jack Klugman on Tony and Me: A Story of Friendship. It was Klugman’s tribute to his co-star, the late Tony Randall.

By the time Rocks had turned the page on his writing career and had committed to solely being a sports agent in 2007, Rocks had written eight books.

Rocks will teach Business 391 – Management of Sports Organizations on Monday and Wednesday afternoons this fall.

“A good heart and spirit”
Retired Cincinnati Reds catcher Joe Oliver said it was Rocks’ “go get ’em’” attitude that sold him on the agent.

“He has a very positive outlook and a good heart and spirit,” added Oliver, 49, who Rocks helped get back into baseball as a minor league baseball manager after being away from baseball for over a decade.

Norma King, wife of the late Clyde King, praised Rocks for his perseverance. The Kings were close friends with Rocks’ parents and witnessed Burton Rocks’ struggle with asthma. As a favor to Rocks’ father, King gave Rocks an informal pitching tryout at King’s home in North Carolina while Rocks was in law school in 1995.

“Clyde always said ‘When one door closes, another door opens.’ Burton is living proof of that expression,” she said. “He threw for Clyde here (in Goldsboro, North Carolina). But his health precluded him from playing professionally. When that door closed, he turned to writing.”

In a 2008 interview, Rocks talks about the Paul O’Neil memoir as well as the friendship between Jack Klugman and Tony Randall.

Rocks credits his mother Marlene, a retired New York City schools Spanish teacher who serves as a translator for Rocks’ Spanish-speaking clients, and his father Lawrence, an acclaimed chemist and author of the 1973 tome The Energy Crisis, for helping inspire his success.

“It was very unique to see an agent show up with his mother,” said Todd Hankins, 24, a Cleveland Indians prospect who Rocks helped land a six-figure signing bonus in 2011. “Burton isn’t just worried about me making it to the big leagues and making money. He actually cares about me and my family.”

“I love attending the basketball games as an alum,” said Rocks, who brings his mother to some contests. “Seeing what [Stony Brook men’s basketball coach] Steve Pikiell and the basketball team have done to revitalize school spirit at Stony Brook is incredible.”

Rocks equated the jubilant atmosphere at the arena – including the “sea of red” in the stands – to “a mini-Madison Square Garden.”

“Seeing that would make any alum feel proud,” he added.

Rocks wants his story to inspire other Stony Brook alums and students in pursuit of their career dreams.

“I tell students that the road to being a sports agent can start many different ways and take many different turns,” he said. “My advice is to make yourself as unique as possible and to not let anybody discourage you. If you want to do something and have a passion for it, keep at it. Don’t get discouraged.”

The College of Engineering and Applied Sciences is finding innovative ways to support our richly diverse community while preparing students for STEM careers. 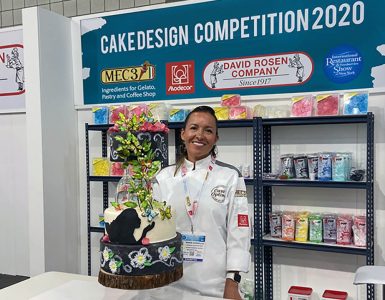