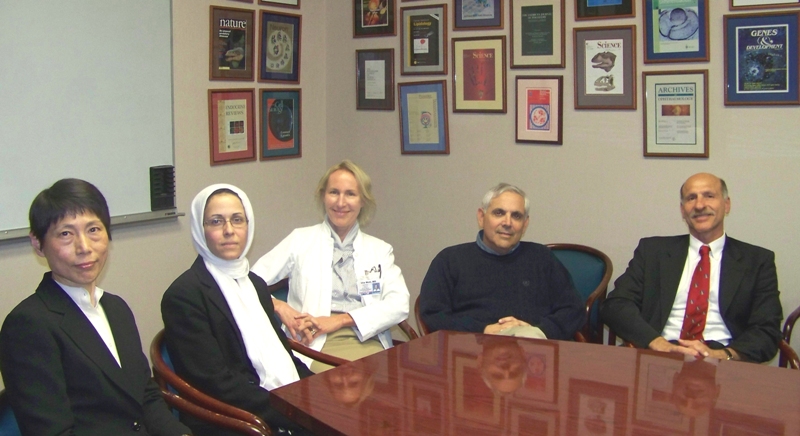 “Our research is broad and encompasses work on various stem cell lines in the laboratory that may lead to useful and better ways to treat or cure many types of diseases,” says Bahou, professor of medicine/hematology and vice dean, Office of Scientific Affairs. Bahou received a $1.1 million grant to develop methods to deliver a hemophilia deficient protein (factor VIII gene) to bone marrow stem cell-derived blood platelets as a means of long-term correction of hemophilic bleeding.

Cohen, professor of physiology and biophysics and director, Institute for Molecular Cardiology, received a $120,000 Consortium Planning Grant, which directs funding to a group of researchers rather than an individual scientist. As principal investigator, Cohen oversees an international research group that studies electrical and mechanical regeneration of the heart. The team is working to create a stem cell therapy for post-infarction arrhythmias.

Moll, professor in the Department of Pathology, received nearly $1.1 million to assess the tumorigenic potential of induced pluripotent stem cells (iPS) generated by reprogramming adult differentiated cells with powerful stemness transcription factors. Studies have established that a defined set of three-to-four transcription factors can reprogram adult differentiated cells back into iPS cells that exhibit properties of embryonic stem cells. When engrafted into adult recipients, these iPS cells have been shown to repair and restore some defective physiological functions. However, the production of iPS cells is based on a gene transfer via retroviruses that express transcription factors, some of which are cancer-causing genes. Moll will focus on assessing the long-term in vivo cancer risk of two central reprogramming factors.

The process of cell signaling, which controls cell differentiation and early cell development, is the focus of Wang’s research in the Department of Physiology and Biophysics. Wang received approximately $800,000 to propose cellular strategies to provoke differentiation of stem cells. If successful, provoking cells to well-defined types may provide a foundational tool for testing central paradigms in stem cell therapy of human disease.