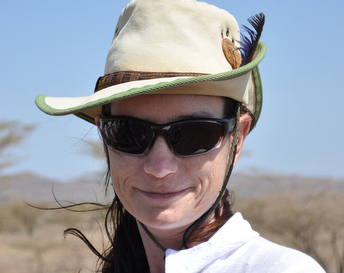 Sonia Harmand, an associate professor in the Department of Anthropology at Stony Brook University, has been named one of the 50 most influential French in the world by French Vanity Fair.

Harmand is an expert in Early Stone Age archaeology and the evolution of stone tool making. In 2011 she and a team of scientists discovered 3.3-million-year-old stone artifacts in the Turkana Basin in Northern Kenya. Until these findings, the oldest stone tools were dated to 2.6 million years old. A paper on this groundbreaking research was published in Nature.

Prior to her work at Stony Brook’s Turkana Basin Institute, Harmand was a research scientist at the French National Centre for Scientific Research. She studies hominin skill level (manipulative and cognitive capacities) for tool-making. Her research program revolves around the central theme of how, when and why did stone tool manufacture and use originate among hominins.