On March 22, Stony Brook University Professor Ellen Pikitch spoke at a UN briefing about the “Conference on Marine Protected Areas: An Urgent Imperative” that took place in Rome earlier this month. The briefing was held to inform the UN member nations about the main focus of the Conference — a dialogue between diplomats and prominent marine scientists from around the world on the creation of Marine Protected Areas (MPAs).

Pikitch, a leading authority in ocean conservation, is a professor in the School of Marine and Atmospheric Sciences and also executive director of the Institute for Ocean Conservation Science at Stony Brook.

She led the first two days of the three-day Rome Conference, which was held in response to the 10X20 Initiative launched in October 2015 by the Government of Italy and the Ocean Sanctuary Alliance. This Initiative was written to promote a globally agreed target to conserve at least 10 percent of coastal and marine areas by the year 2020.

During the Conference, diplomatic representatives from 33 countries around the world engaged in a dialogue with 25 scientists to create a roadmap for moving forward on achieving the 10 percent target. This roadmap — called the Rome Call to Action — is built upon the Scientists’ Consensus Statement. It is a guide to help national governments, UN agencies and development investors during the next 15 years to promote MPAs that are designated and designed on the basis of the best available science, and that are effective, equitable and financially sustainable.

“We are far from the goal now with only 3.5 percent of the ocean receiving any form of protection and many gaps in coverage, while at the same time we recognize that 10 percent needs to be considered a waypoint, not an endpoint,” said Pikitch. “There are many substantial benefits to be gained by increasing MPA coverage, including increased food security and livelihood options, and greater resilience in the face of climate change.” 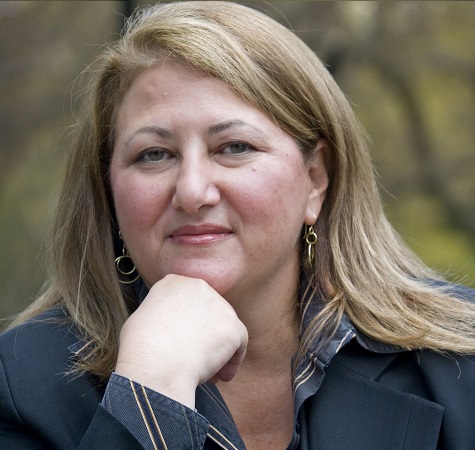 Professor Pikitch is a marine fisheries scientist whose work focuses on fish conservation and fisheries sustainability with emphasis on ecosystem-based fishery management and endangered fishes. She is a 2000 Pew Fellow in Marine Conservation and was elected a Fellow of the American Association for the Advancement of Science in 2015. Pikitch serves on the Ecological Society of America’s rapid response team and the Seafood Watch Science Advisory Board. She has been a pioneer in the world of fisheries, paving the way for today’s popular ecosystem-based approach to management. She chaired the Lenfest Forage Fish Task Force, which conducted the first comprehensive global analysis of forage fish and created recommendations for the management of these critical species.

Some of her research also focuses on vulnerable and ecologically important species, including sharks and sturgeon, and she advocates for the conservation of these threatened animals.

As co-principal investigator of the Shinnecock Bay Restoration Project, her work focuses on restoring healthy ecosystems in Long Island’s Shinnecock Bay, which has been degraded by overfishing and pollution.

Pikitch’s work has played a major role in the implementation of many significant policies and regulations in fisheries management and marine conservation.

Dr. Opara is a recipient of a 2020 National Institutes of Health Early Independence Award Tell us about yourself: I’m an assistant professor in the School of Social Welfare with a specific interest in youth and families...

Human Resource Services has released a message to employees concerning remote work. The message reads as follows: In response to the continuing public health emergency for the COVID-19 virus, the New York State Governor...