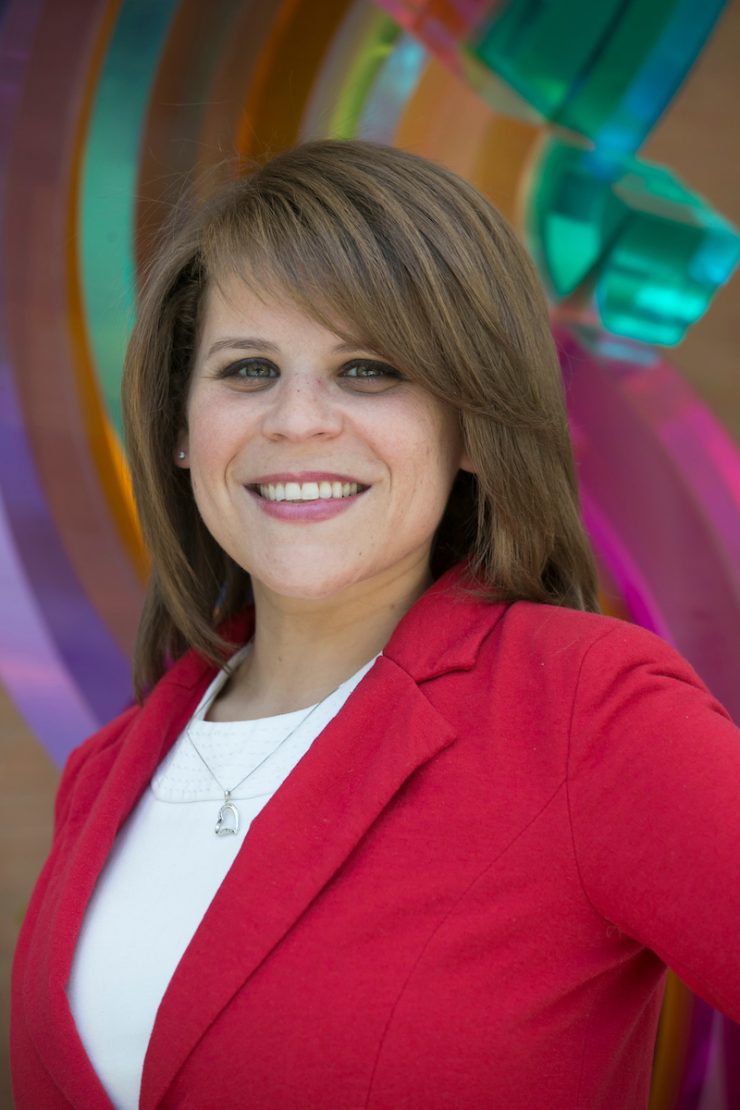 Emily Snyder, Associate Director of the Office of Commuter Student Services and Off-Campus Living, was recognized for her hard work and devotion to non-traditional students as the 2019 recipient of the William C. Hine Distinguished Service Award from the Alpha Sigma Lambda (ASL) National Honor Society. ASL focuses on the development and recognition of non-traditional students and partners with universities and colleges across the United States to improve opportunities and resources offered to this demographic. The organization itself offers many different scholarships and awards.

The William C. Hine Distinguished Service Award was first established in 2002 to honor ASL chapter councilors who are committed to promoting lifelong learning and serving adult learners. Snyder was recognized for her outstanding work and dedication to non-traditional students at Stony Brook University and for leading numerous initiatives that aim to provide non-traditional students with a campus environment that makes them feel at home.

The University’s non-traditional student/adult population is typically 1,300 to 1,600 students per year, comprised of undergraduate students over the age of 24 and student veterans, as well as other students who self-identify based on life experiences such as full-time employment and familial caretaker status. Snyder’s initiatives focus on supporting these students to get involved on campus and build networks with faculty, staff and other students. Some of her initiatives include the Alpha Sigma Lambda induction event, where students are recognized for exemplary academic achievement, as well as the Non-Traditional Student Awards, which acknowledge students for their outstanding abilities in areas such as leadership, community, spirit and pride. Others include Non-Traditional Student Week, which invites students to Lunch on Us, which provides a platform to socialize with one another, and Driving Force, which offers students the opportunity to recognize key players in their support system.

One of Snyder’s most notable contributions to non-traditional student support was her involvement in the creation of the Non-Traditional Student Orientation Experience, held as part of new student orientation, which launched in 2012. This program introduces students to support services prior to their first semester and offers them a chance to ask questions to a panel of peers comprised of alumni and returning non-traditional students. Students also have the chance to start building community with one another and to network with advocates across campus.

As the 2019 recipient of the William C. Hine Distinguished Service Award, Snyder was also appointed to ASL’s Executive Board for the 2019 year. “Receiving this award and board role is a true honor, as my work with non-traditional students/adult learners has been a ‘passion project’ over the course of my career at Stony Brook,” she said. “Giving this population a voice, a ‘home’ on campus, a way to connect with others who are sharing a similar student experience, and an opportunity to be recognized, has brought me tremendous pride. This recognition is confirmation, both for me and for Stony Brook University as a whole, of the importance of this work and the value of our efforts with this population.”

Interim Vice President for Student Affairs and Dean of Students Richard J. Gatteau congratulated Snyder. “Emily has worked very hard in developing and advising Alpha Sigma Lambda here at Stony Brook, and this recognition and award are so well-deserved. We are lucky to have Emily as part of our team in Student Affairs.”