Science Playwriting Competition Winners to be Honored in Public Reading 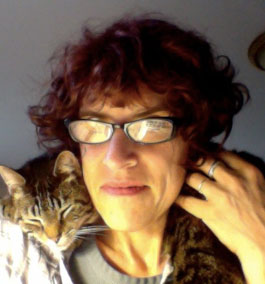 Public staged readings by the winners of Stony Brook University’s 2014-2015 Science Playwriting Competition will be presented at the Simons Center for Geometry and Physics on Wednesday, November 18, 2015.

Winner of the First Prize of $500 was Moira Chas, an associate professor of Mathematics at Stony Brook University, for her play The Mathematical Visions of Alicia. The Second Prize of $200 was awarded to Michael Shodell, previously an SBU undergraduate in mathematics, for his play A Number of Things; the Third Prize of $100 went to Colin West, a Ph.D Candidate at the C.N. Yang Institute for Theoretical Physics, for his play Counting Sheep.

This year marks the third time the competition has been held. Under the sponsorship of the Simons Center, as well as the Yang Institute and SBU’s Department of Theatre Arts, the competition seeks to close the gap between the sciences and the humanities.

“This competition provides an outlet for scientists and playwrights to go beyond the bounds of their normal ways of thinking, spark their imagination, and synthesize a new experience for all,” said Christopher Herzog, associate professor of physics at the Yang Institute.

The November 18 event begins with a reception at 5:00 pm; the staged readings follow at 6:00 pm. The event is free and open to the public.