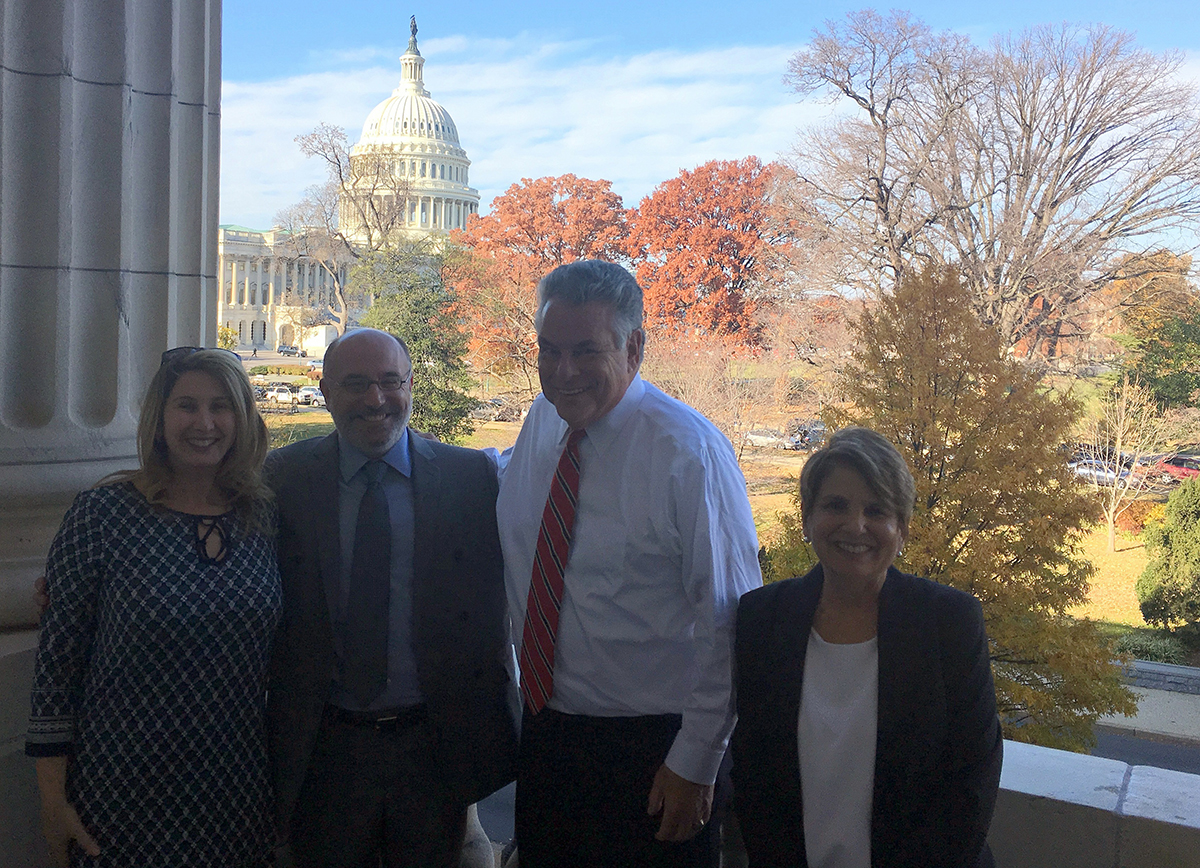 Representatives from the Stony Brook University School of Social Welfare travelled to Washington, DC, at the end of November to advocate for the school’s priorities. Jacqueline B. Mondros, Dean and Assistant Vice President for Social Determinants of Health for the School of Social Welfare, along with Professor Michelle S. Ballan and Professor George S. Leibowitz met with Congressman Peter King, Congressman Tom Suozzi, and the higher education policy staff of Leader Schumer, Senator Gillibrand, Congressman Zeldin and Congresswoman Rice.

“It was extremely interesting to have the opportunity to speak with the Congressional staff members and to hear their comments and perspectives,” said Dean Mondros. “It was also important to establish Stony Brook’s presence and advocate for several urgent issues that we are working on.”

Among the topics they discussed was the idea of aging in place as the U.S., and especially New York and Long Island, faces an increase in the number of older adults among our population. Stony Brook is working with elected officials to establish a network of professionals who can help our increasing amount of older adults age in place in their residence of choice.

They also addressed the need to raise awareness and offer support for women with disabilities who encounter domestic violence and the health disparities that result due to barriers blocking access to help for these women. Domestic violence against women with disabilities is associated with long-term physical and mental health problems. Currently, Long Island does not have a domestic violence shelter that is fully accessibile to disabled women, and Stony Brook is looking to change that with the help of elected officials.

Finally, they talked about the very serious opioid epidemic on Long Island and nationwide. Stony Brook is working on a pilot test for a community-based intervention in the high-risk opioid communities that could be replicated throughout the region in future years. Through SBU’s research and revolutionary models, SBU hopes to save more lives, prevent new cases of opiate use, and address treatment needs of existing users as well as for their families. Additionally Stony Brook’s efforts seek to contribute to keeping people in the workforce, reducing disability, and increasing the response to opioid poisonings and preventing the number of overdoses.