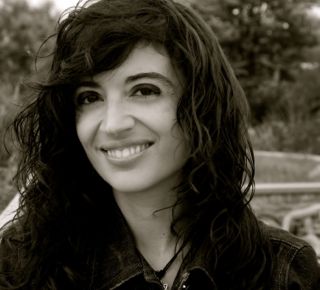 Astronomers using telescopes like NASA’s Chandra X-ray Observatory have been monitoring a magnetar (SGR 1745-2900) close to the supermassive black hole at the center of the Milky Way. The magnetar — dense, collapsed stars called neutron stars that have extremely powerful magnetic fields — was first discovered in 2013 when it emitted a burst of X-rays. A recent study has shown that SGR 1745-2900 is behaving in an unusual way, and Rosalba Perna, an associate professor in the Department of Physics and Astronomy at Stony Brook University, is part of an international team that has collaborated on this research.

The group, led by PhD student Francesco Coti Zelati from the University of Amsterdam, has found that the amount of X-rays from SGR 1745-2900 is dropping more slowly than in previously observed magnetars, and its surface is much hotter than expected.

“The researchers suggest that bombardment of the surface of the magnetar by charged particles trapped in twisted bundles of magnetic fields above the surface may provide the additional heating of the magnetar’s surface, and account for the slow decline in X-rays,” states the NASA report. “These twisted bundles of magnetic fields can be generated when the neutron star forms.”

The astronomers will continue to study SGR 1745-2900 in an attempt to explain the magnetar’s unusual behavior as it orbits the Milky Way galaxy’s supermassive black hole.

Chandra orbits above the Earth’s atmosphere up to an altitude of 86,500 miles in space. The Smithsonian’s Astrophysical Observatory in Cambridge, Massachusetts, hosts the Chandra X-ray Center, which operates the satellite, processes the data and distributes it to scientists around the world for analysis.

More About Rosalba Perna
Perna earned her PhD in Physics from Harvard University and came to Stony Brook in 2014 from the University of Colorado at Boulder. She is a fellow of the American Physical Society and a Kavli Frontiers of Science fellow. Perna won the 2010 SIGRAV Prize from the Italian Society of General Relativity and Gravitational Physics, one of the most prestigious Italian prizes in astrophysics, for her work on neutron stars, black holes and gravitational lensing.