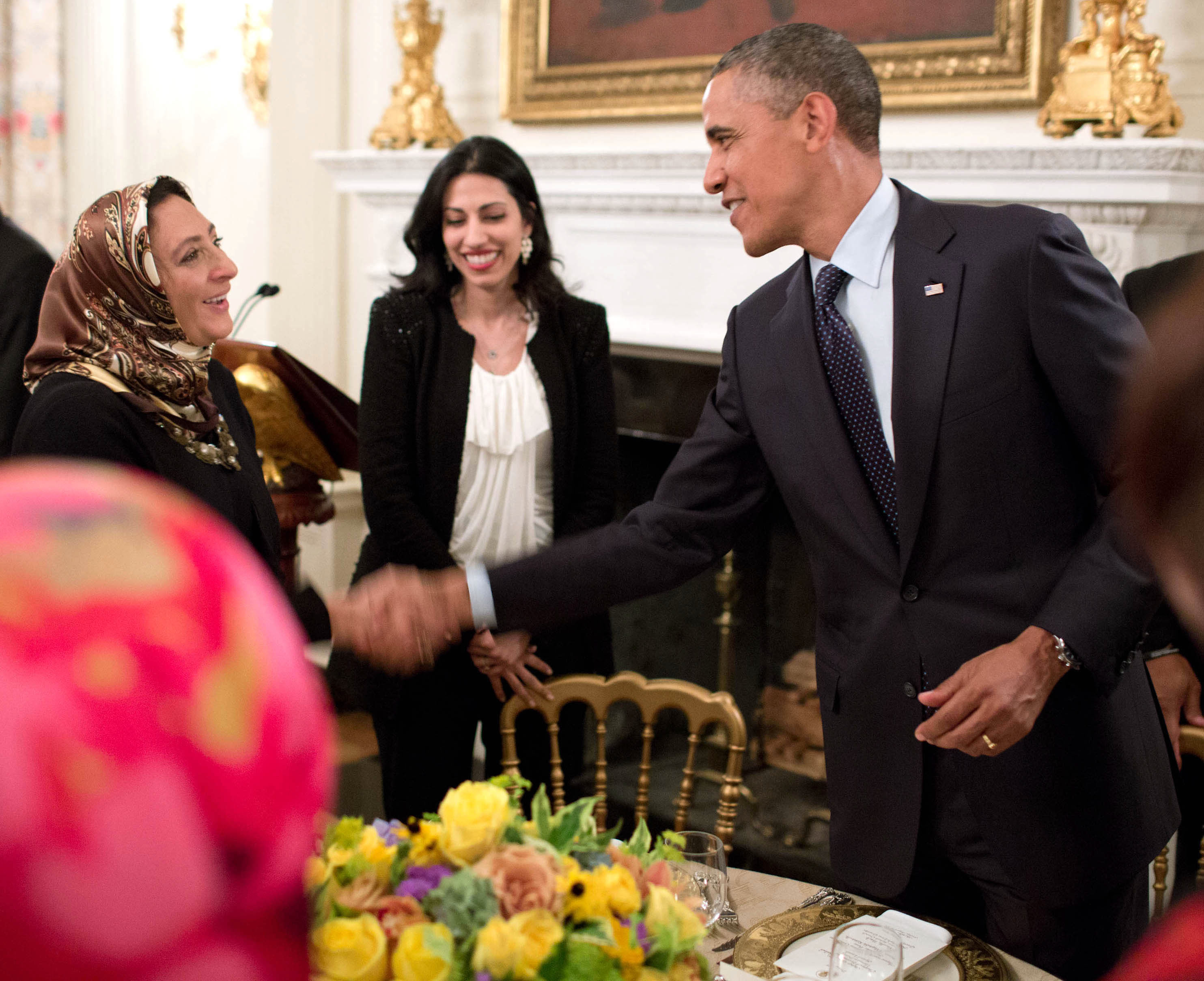 Chaplain Sanaa Nadim, or Sister Sanaa, who serves as the Muslim Chaplain for Stony Brook University’s Interfaith Center, attended this year’s annual Iftar dinner hosted by President Barack Obama in the State Dining Room of the White House on August 10. The Iftar is the meal that breaks the day of fasting during Ramadan, when Muslim families and communities eat together after sunset.

During his remarks at the dinner, the President reflected on the importance of religious freedom and the important role Muslims have played throughout our country’s history. He talked about the extraordinary courage of Muslim women: “They are faith leaders like Sanaa Nadim, one of the first Muslim chaplains at an American college — a voice for interfaith dialogue who’s had the opportunity to meet with the Pope to discuss these issues. We’re very proud to have you here.”

“It was a real honor being recognized by President Barack Obama,” said Sister Sanaa. “He truly values the religious diversity that forms the fabric of our nation. Being at the White House where our founding fathers fought many years ago for the freedoms we enjoy today reminded me of the importance of working to build bridges between groups divided by ethnic, cultural or religious differences. We are truly blessed to have a President who appreciates the beauty of interfaith collaboration, and I feel so lucky to have had the opportunity to have spent time with him.”

Sister Sanaa was one of the first female foreign exchange traders on Park Avenue and worked in the private sector for several years until she came to Stony Brook University. She built a name for Muslims across Long Island and became the Muslim representative for many new stations such as CNN, ABC and BBC.

Newsday published a six-page cover spread of her accomplishments, involvements and the paramount social changes she initiated for Muslims across the country. Sister Sanaa then became a host on the very popular public television show, WLIW’s Face to Face Faith to Faith, which focused on religious dialogue and issues of multiculturalism. She was nominated three times for a position in the United Nations and is a founding board member of the Long Island Multi-faith forum.

Her works are celebrated and well respected. She co-authored the book, Women for Women of Afghanistan, which only added to her vast achievements. Sister Sanaa sits on the advisory board for public television and represents herself and the Muslim community to Congress on Capitol Hill annually. Her works have re-shaped the image of Islam and paved a way for the Muslim youth of tomorrow.

Sister Sanaa built the Stony Brook Muslim Student Association and works tirelessly for its constructive growth, which was reflected by an American interfaith survey that noted Stony Brook University as having the largest Muslim Student Association in the nation. Her current agenda involves working with different religious and cultural organizations as well as private and public institutions to continue building bridges among different faith groups to positively enhance the image of Islam through unity and understanding.