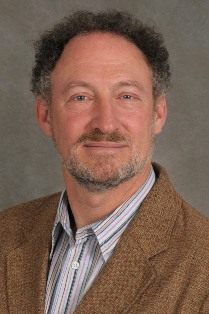 The Medical Scientist (MD/PhD) Training Program (MSTP) at Stony Brook University has received $2.3 million in renewed grant funding from the National Institutes of Health (NIH) — a 33 percent annual increase over last year’s funding and a 77 percent increase over the amount awarded five years ago when the grant was last renewed.

“This is a great outcome, given that NIH funding of training programs has been shrinking and many institutions are losing support,” said MSTP Director Dr. Michael A. Frohman.

The MSTP has been continually growing since its inception in 1981 and its acquisition of NIH funding in 1992. The program now has 58 students, with six to eight matriculates recruited for each incoming class. Medical training is provided by Stony Brook’s School of Medicine, with research training at Stony Brook, Cold Spring Harbor Lab (CSHL) and Brookhaven National Lab (BNL). Approximately half are in or about to enter the medical school phase of the dual-degree program, and the other half are undertaking their thesis training in various labs at SBU, CSHL and BNL.

Students earn both an MD and a PhD through the MSTP, which trains academic medical scientists for both research and teaching in medical schools and research institutions. Graduates of the program are equipped to study major medical problems at the basic level and are able to recognize the clinical significance of their discoveries. MSTP fellows must satisfy the preclinical and clinical requirements established for all Stony Brook MD candidates and the PhD is earned in one of the University’s graduate programs. Both the MD and PhD programs of study are tailored to meet the needs and goals of the MSTP dual-degree track. The average time required to complete both degrees is seven to eight years.

“We do not believe that there is a single optimal program of study leading to the combined MD-PhD, nor is there an ideal career path to be followed once a student graduates,” said Dr. Frohman. “Rather, there may be as many programs and paths as there are students, and it is our objective to optimize these experiences for each student individually. To this point, we have been largely successful.”

To date there are 87 graduates of the program, with 30 of those pursuing further training. Among the others, 77 percent are in faculty positions at institutions throughout the country and many have been awarded competitive research funding from the NIH or other sources. They have demonstrated research productivity, in many cases with first or senior author publications in top journals such as Science, Nature, Nature Genetics, Nature Medicine, Journal of Clinical Investigation and Immunity. Six are in private practice and three are mostly involved in clinical care. Four are at companies involved in technology development and one is in public policy at the US Department of Health and Human Services.

Dr. Frohman, also chair of the Department of Pharmacological Sciences, has directed the MSTP for the past 12 years. He graduated from the MSTP at the University of Pennsylvania in 1985 with an MD and a PhD in Immunology, was a postdoctoral fellow at the University of California, San Francisco, and joined Stony Brook in 1992. Dr. Frohman has trained more than 50 undergraduate students, graduate students and fellows. The Frohman lab is currently training six undergraduates, two graduate students, a postdoctoral fellow, a research assistant professor and a technician. The MSTP has four associate directors: Professor Paul A. Fisher, Professor Richard Z. Lin, Assistant Professor Markus Seeliger and Assistant Professor Kathleen Stergiopoulos.