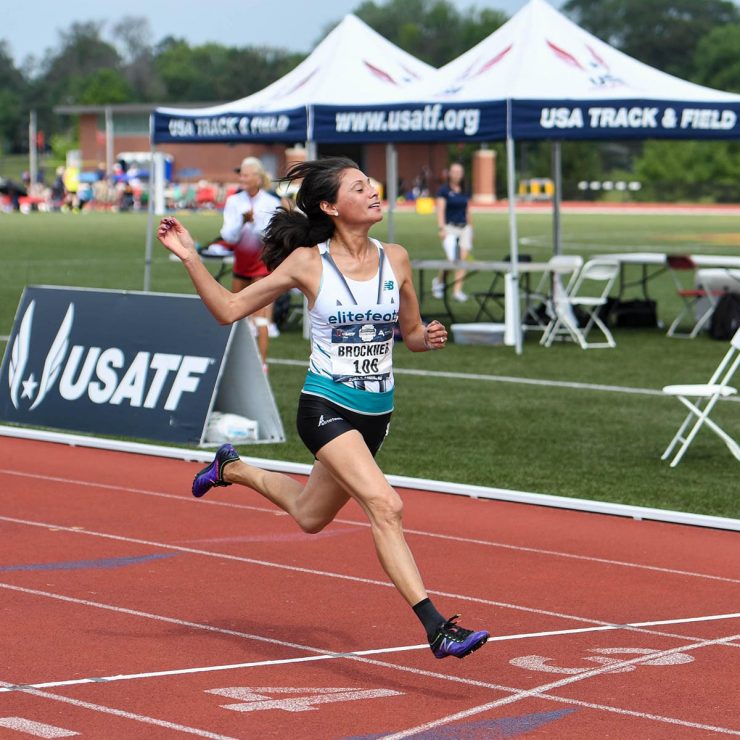 On the last day of the competition, Brockner helped the USA W55 4 x 400 relay set a new world record as they crushed Great Britain’s record of 4.27.33 by almost 4 seconds with a 4.23.52. In addition to Brockner, relay team members included Sue McDonald from California, Lisa Valle from New Mexico, Michelle Rohl from Pennsylvania.

More than 1,000 runners participated in various age categories from 35 to 90. Brockner — who competes with USATF Long Island team Elitefeats — has been a part of Masters Track since turning 50 in 2016. USATF is a national organization for track and field athletes, and USATF Masters has become very competitive with regional, national and world championships.

“I am very proud of Roxanne, she worked hard this season,” said Stony Brook University Track Coach Howard Powell. “She executed her race plan and remained focused on the things that she could control. I believe that she can run faster, and I am excited to see how well she will run when healthy.”

Brockner trains at the SBU track with her fiancé, Chemistry professor Dale Drueckhammer, who was Long Island Masters Track Male of the Year in 2017 and 2019.

“I am very proud to represent Stony Brook University and hold a world record in athletics.”