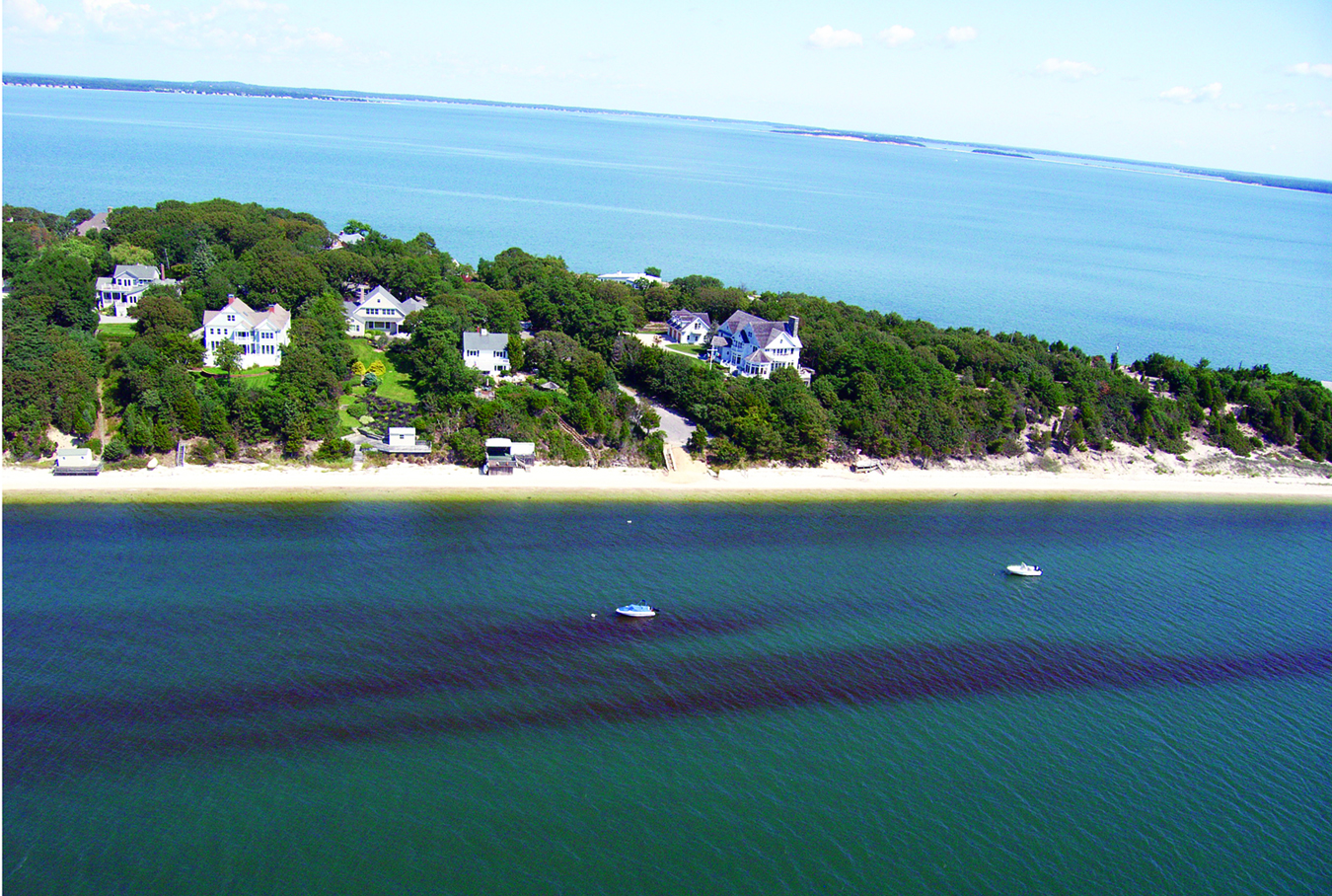 Stony Brook University researchers in the School of Marine and Atmospheric Sciences (SoMAS) and the Department of Ecology and Evolution are receiving a share of the $2.4 million awarded by the New York Sea Grant (NYSG) program for fiscal years 2012-2013 to fund research and education about issues important to coastal New Yorkers such as seafood safety, flooding due to storm surges, water quality and habitat restoration.

“NYSG has begun a new round of nine funded research projects which address critical coastal concerns from diverse regions of the state: the Lake Ontario shoreline, the Hudson estuary and New York Harbor, and both the north and south shores of Long Island,” said New York Sea Grant Director Jim Ammerman. Funding for five of the projects has been awarded to Stony Brook researchers.

A research team led by Robert Cerrato, an associate professor at SoMAS, will focus on how blooms of red tide impact the productivity of commercially important species of clams. Observed in Long Island’s Northport-Huntington Bay estuary in recent years, the red tide organism, Alexandrium fundyense, produces paralytic shellfish toxin (PST), which has been detected in hard- and soft-shell clams, raising health concerns. Information from this study will aid decision making for coastal managers within the NYS Department of Environmental Conservation and among shellfish growers and harvesters.

Improving estimates of mercury concentrations in commercial fish will provide more accurate assessments of potential exposure and will help dispel misperceptions regarding the types and amounts of fish that are safe to eat is another SoMAS project funded by the NYSG program. “The goal of my investigation is to provide the most thorough, up-to-date information on mercury in commercial seafood via the Internet for public use by research scientists and public officials,” said SoMAS Distinguished Professor Nicholas Fisher, also director of the Consortium for the Inter-Disciplinary Environmental Research at Stony Brook.

Distinguished Service Professor and SoMAS researcher Malcolm Bowman is a member of the Stony Brook Storm Surge Research Group, which has been funded principally by NYSG since 2002 to work on storm surge science and policy issues related to regional protection of New York City and Long Island. The New York Metropolitan region is vulnerable to coastal flooding and large-scale damage from hurricanes and nor’easters. Much of the region lies less than three meters above mean sea level and contains critical infrastructure such as hospitals, airports, railroad and subway station entrances, highways and water treatment plants. This study examines the combining of storm surge prediction models from the National Weather Service, universities and technical institutes. “Since each storm has its own peculiar characteristics and behavior,” said Bowman, “no one model is always the most accurate at predicting surge events.” The team believes that a forecast obtained by constructing an ensemble of models will produce the most reliable predictor of storm event scenarios.

Michael Frisk, an assistant professor at SoMAS and Matthew Sclafani of the Cornell Cooperative Extension of Suffolk County Marine Program are looking at important migratory fish species such as alewife, American eel and brook trout in Long Island’s Carmans River. They will evaluate the success of fish passage restoration efforts in small river systems by determining whether targeted species are effectively utilizing the existing fish passage and if restored habitat increases fish productivity.

Excess nitrate loading has long been widely linked to environmental problems in coastal marine environments. Stephen B. Baines, an assistant professor in the Department of Ecology and Evolution, is investigating how changes in wetland plant communities — from sea level rise, climate change, species invasions and management activities — may affect the ability of wetland ecosystems to remove nitrate from surface and groundwater. A goal of the research is to develop a robust model that can predict the amount of nitrogen that can be removed in a wetland based on the vegetation and community structure.

Another project funded by NYSG is the development of a model to better understand the nutrient and algal dynamics of Sodus Bay, Lake Ontario, which suffers from toxic cyanobacterial blooms caused by the microorganism Microcystis. The research team is led by Gregory Boyer from SUNY College of Environmental Science and Forestry in Syracuse, often a partner with SoMAS researcher Christopher Gobler, a leading expert in harmful algal bloom.