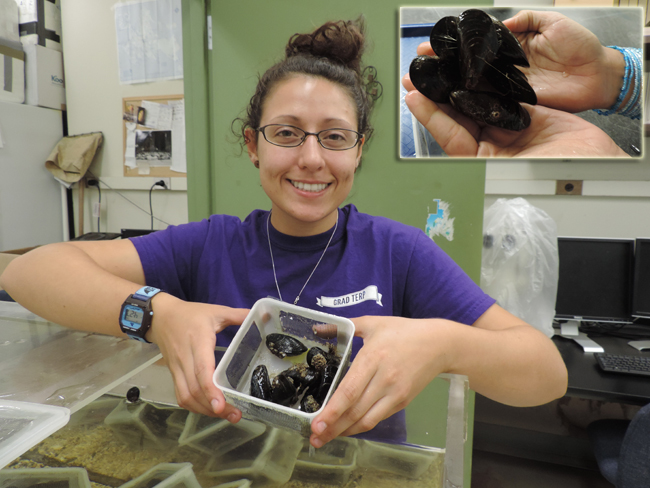 Stony Brook researchers Dianna Padilla and Bassem Allam have been awarded funding from NOAA’s Ocean Acidification Program and the Northeast Sea Grant Programs to study the effects of ocean acidification on marine life in the Northeast.

These studies will will help investigators gain a better understanding of effects of ocean changes on the region’s marine life, helping to preserve endangered species.

Burning fossil fuels releases large amounts of carbon dioxide into our atmosphere, a part of which is absorbed by the ocean. This increase in carbon dioxide is causing a change in ocean chemistry called ocean acidification. Learning how these changes affect seafood is important to fishermen and all those whose enjoyment and culture is connected to the sea.

Dianna Padilla, a professor in the Department of Ecology and Evolution at Stony Brook, has been awarded $185,435 to explore whether blue mussels can adapt to changes in ocean chemistry. Her team will examine mussels throughout their life cycles, across multiple generations, to assess their ability to adapt and determine if mussels from certain areas of Long Island Sound are better able to cope with varying acidification conditions. This information can then be used to help shellfish growers determine where to collect mussels to spawn for seed and improve stocks of mussels for aquaculture in the long run.

Bassem Allam, Marinetics Endowed Professor in Marine Sciences at Stony Brook University, has received $199,927 to compare how different bivalves respond to acidification. Bivalves such as oysters and clams represent the most important marine resource in several Northeast states and production of bivalve seed has suffered significant losses due to ocean acidification in some of the largest hatcheries in the nation. His team will identify genetic features associated with resilience in an aim to provide the aquaculture industry with tools to select resilient shellfish stocks.

“Global warming will increase CO2 levels in the ocean and make the ocean more acidic,” said William Wise, director of New York Sea Grant. “These effects will probably be accentuated in coastal waters as compared to the open ocean. This work by Padilla and Allam will identify the vulnerabilities to OA of ecologically and economically important local shellfish species in New York, and assess their relative ability to adapt to these impending environmental changes. New York Sea Grant is pleased to help support this important research.” 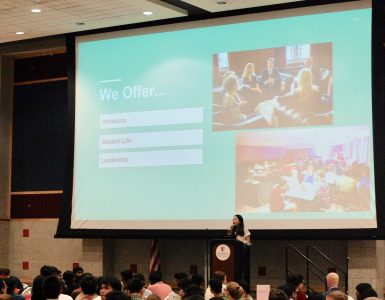 Before the start of each academic year, new graduate students are invited to attend the New Student Orientation sponsored by the Graduate School and the Graduate Student Organization (GSO). This year, attendance reached... 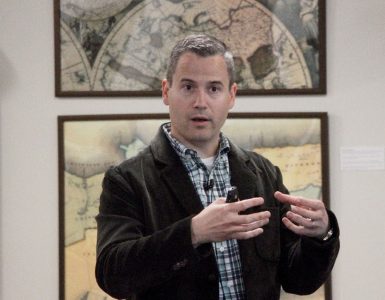 On average, the distance between Mars and Earth is about 140 million miles. But even that great distance is not too much to prevent a Stony Brook professor from helping scientists investigate signs of past life on the... 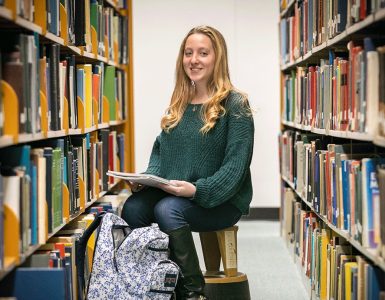 As a U.S. Marine, Tori Levine was thrilled whenever she saw a jet she maintained take off. As a Stony Brook University biology student on the nursing track, she feels much the same way when she solves a mathematics...