Saving the Brown Bears of Italy 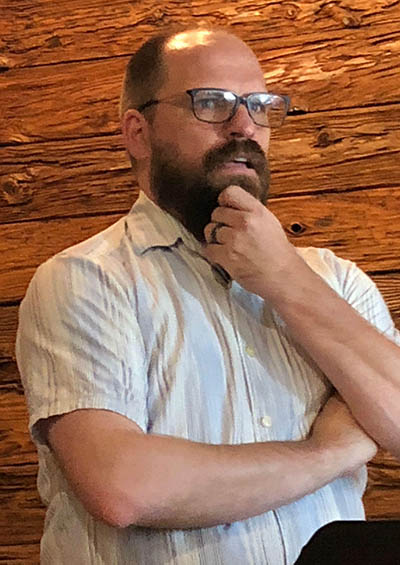 We sat down with Roger Thompson, director of the Program in Writing and Rhetoric at Stony Brook University and author of No Word For Wilderness: Italy’s Grizzlies and the Race to Save the Rarest Bears on Earth (Ashland Creek Press, May 2018) to talk about the origins of his interest in saving the Brown Bears of Italy.

When you were hiking in Canada, as described at the beginning of the book, and learned about the presence of brown bears living in Italy, what kindled your curiosity?

What most struck me was the idea that there were bears in Italy at all, let alone brown bears. It just seemed impossible to me, and I am an outdoor activity and camping guy. I’ve led wilderness trips, and yet I had never heard of these bears.  When I found out they were so close to Rome, I just couldn’t believe it. I had to go see it for myself.

How did you come to care so deeply about the brown bears in Italy?

The more I learned about those bears, the more I became convinced that more people needed to know about them. They are remarkable — virtually completely vegetarian, having lived alongside humans for a millennium without a single attack on a person. And yet, they are essentially grizzly bears, so they are large and imposing to see. The more I came to realize how they had learned to live alongside people peacefully — and more importantly how the local people in the Abruzzo mountains had learned to live alongside them peacefully — the more intrigued and captivated I became.

You credit your son, Ethan, for his persistence in reminding you of your hope for the bears’ future and obligation to share their story. Can you tell us more about your deep commitment to helping the reader understand the benefits of ensuring their survival?

Great and tough question. These bears are unlike any large bears in the world in the way that they have evolved to live in a very specific place. That place has been inhabited by humans for more thousands of years too, and that resulted in a certain symbiotic relationship developing that ensured both animals, humans and bears, persisted. I hesitate to call it a balance, because I don’t want to romanticize the relationship between the two species, but somewhere in the history of humans and bears living together in Abruzzo, somehow a tacit agreement was struck and as human civilization developed, it made room for the bears. And the bears, apparently, agreed to this arrangement.

Now, though, the system is breaking down. The reason this story is so important is because if we can figure out how to preserve that long standing relationship — if we can figure out how to honor cohabitation of species — then we will have a remarkable lesson to carry to other communities and places. Success in Abruzzo points us to how to coexist with wild animals. It’s an astonishing thing to think that Italy might be able to provide us with the ultimate nature lesson.

What was most surprising to you when you researched this book?

The potential involvement of the mafia in the slow degradation of bear habitat was a complete surprise. When it was first whispered to me in a train station in Avezzano, I laughed out loud. Over the years, though, I became more convinced;  now, I am pretty well persuaded that some sort of organized crime is one of the root causes of land exploitation within Italian parks and even in and around Abruzzo. The degree, I think, really is what needs to be sussed out.

Your book made me think about the intersection of bureaucracy, organized crime, tireless preservationist heroes and the published news stories that captured the public imagination throughout Europe.  Also, what started as a camping trip in Canada with friends turned into a mission to tell the story of these powerful yet vulnerable animals who may not survive mans’ ongoing desire to subdue nature for commercial profit.  How have your observations changed you personally?

I would say two things in response to these observations. First, what I found most compelling in my interviews with so many people in Italy was the clear sense among scientists that science alone was unable to make the changes that are required to save species. Obviously being at SBU, which houses the Alda Center, I couldn’t help but think about the value of their work. One scientist who is central to my book and to the preservation of the bears is Paolo Ciucci, and though a mammalogist and conservation biologist, he was explicit that at the center of his work was an understanding of people, audience and communication. As a scholar in rhetoric, I perhaps obviously found that compelling.

Second, I would say that this project has completely changed my notion of “the wild.” It’s easy as an American to consider wilderness as unspoiled land or places. Spots where human development has not yet touched or has been curtailed. Finding a spot like that in Italy is well nigh impossible, and yet, magnificent animals like brown bears persist. How is that? The only way to approach that question is to really rethink what “wild” and “wilderness” means and to make room for broader notions of habitat.

That is not to say we should not protect wild places. Just the opposite. I think we need more protection, not less. But, in places where the protection has lapsed or isn’t possible, I think communities could benefit from understanding what wilderness might mean in a place like Italy. I think it would break down easy objections to preservation and conservation by complicating simple opposition. It would, to put it another way, provide new pathways for making room for nature in our communities.

How has your work on this book influenced the way you teach, or the content, if it has?

I’m not teaching on this particular topic right now, but I will say that learning to communicate across cultures — even ones that share a lot of history — is core to what I do in my classes. So, part of what I do in some classes is help students learn to ask thoughtful questions in order to secure the best information possible for their work. Finding answers really isn’t always the hardest work. Developing good questions to investigate is, and that idea is at the heart of a lot of my classes.

I have a forthcoming book dealing with veterans’ transitions to higher education. My co-researcher (Alexis Hart, Allegheny College) and I have been at the center of the developing of the field of “veteran studies,” and this book we hope will bring together what all we’ve learned and make it accessible to universities.

College of Arts and Sciences Program in Writing and Rhetoric 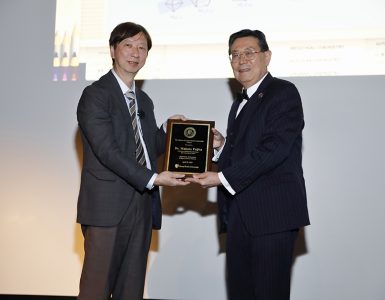