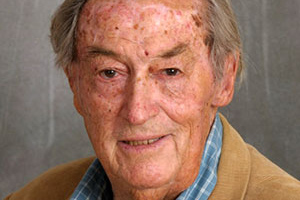 The African wildlife conservation organization Tusk USA will honor renowned paleoanthropologist and conservationist Richard Leakey with the 2017 Tusk Legacy Award at its Wildlife Gala on April 6 at Guastavino’s in New York City. Leakey, professor and chair of the Turkana Basin Institute (TBI), will be recognized for his tireless conservation efforts that reduced poaching in wildlife sanctuaries across Kenya.

Leakey partnered with Stony Brook University in 2005 to create TBI, a collaborative, international, multi-disciplinary organization that facilitates scientific research in the Turkana Basin region of northern Kenya. At TBI, he inspires students to become the next generation of anthropologists while supporting further research in the region.

Leakey initially gained worldwide fame for the discovery of the nearly complete 1.6-million-year-old skeleton of a Homo erectus youth, a groundbreaking contribution to the study of evolutionary biology. He later served as the first chairman of Kenya Wildlife Service, reorganizing the country’s national park systems and reducing poaching levels. He made international headlines in 1989, after leading the initiative to burn Kenya’s stockpile of 12 tons of ivory, worth an estimated $3 million dollars, making a profound statement against the ivory trade. Today Richard Leakey continues to tirelessly campaign against the slaughter of African wildlife and support grassroots conservationist efforts throughout Africa.

Read more about the Leakeys and Stony Brook

About Tusk
Tusk — whose Royal Patron is HRH The Duke of Cambridge Prince William — has worked for 25 years initiating and funding conservation, community development and environmental education programs across Africa. The organization has invested more than $40 million into a wide range of projects across the continent.