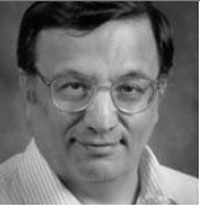 Jahangir S. Rastegar, an associate professor in the Department of Mechanical Engineering, has been named a 2015 Fellow of the National Academy of Inventors.

Election to NAI Fellow status is a high professional distinction accorded to academic inventors who have demonstrated a highly prolific spirit of innovation in creating or facilitating outstanding inventions that have made a tangible impact on quality of life, economic development, and welfare of society.

Dr. Rastegar’s career spans the previous 24 years. He worked at Loxem Corp. in Dallas, Texas, designing locks and lock manufacturing machinery following his graduation from SMU in 1969 and during his M.S. studies. After obtaining his M.S. and Ph.D. Degrees from the Mechanical Engineering Department of the Stanford University in 1972 and 1977, he joined the General Engineering faculty at the University of Illinois at Urbana-Champaign. He then worked five years in engineering firms designing machinery for the steel industry. In 1987, he joined the Mechanical Engineering Department at Stony Brook University.

His current research interests include kinematics, dynamics, vibration and control as related to high speed and precision machinery; passive and active vibration isolation and vibration damping; and the development and application of smart materials based actuators. He has published over 150 journal and conference papers. His research is currently being supported by the National Science Foundation, U. S. Army Research Office, New York State Energy Research and Development Authority (NYSERDA) and a number of industries.