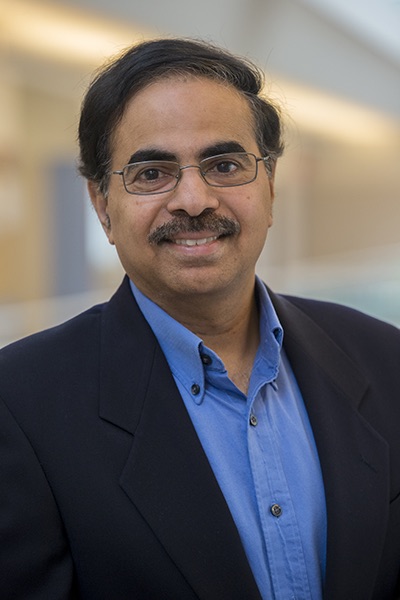 Professor R. Sekar, from the Department of Computer Science in Stony Brook University’s College of Engineering and Applied Sciences, has been named a SUNY Empire Innovation Professor for his work in cybersecurity, drawing on principles and techniques from programming languages and compilers, operating systems, algorithms, networks, and artificial intelligence.

“Professor Sekar’s transformative work is critical to addressing the issues we face in today’s era of exponential technological growth,” said Fotis Sotiropoulos, Dean of the College of Engineering and Applied Sciences. “I congratulate him on this well-deserved recognition from SUNY and thank him for his important work in cybersecurity, exemplary of the research underway in the College of Engineering and Applied Sciences at Stony Brook.”

“Professor Sekar is one of the nation’s foremost cybersecurity researchers,” said Samir Das, Chair of the Department of Computer Science. “His work on address-space layout randomization is implemented today as a primary defense mechanism in all modern operating systems. His leadership efforts in cybersecurity research and education have brought Stony Brook to prominence in this very important field.”

Sekar joined the Stony Brook faculty in 1999. His research is focused on software and systems security, building real systems for solving practical problems on software vulnerability mitigation, malware defense, and intrusion detection. A software vulnerability mitigation technique that he co-invented is now widely deployed on all major desktop and mobile operating systems. Professor Sekar has won several “Best Paper” awards at top cybersecurity venues, SUNY Scholarship and Research award, and SUNY Chancellor’s award for Scholarship and Creative Activities. He has served on the program committees of all the major cybersecurity conferences and on the editorial boards of major journals in this field.

Sekar’s research has been supported by prestigious grants that have brought more than $19 million to Stony Brook University. Many of his PhD graduates hold faculty positions at top-100 institutions around the world. His work in establishing the cybersecurity curriculum at Stony Brook won the National Security Agency’s Center of Excellence designation.

The Empire Innovation Program (SUNY EIP) is a state-funded competitive grant program dedicated to recruiting and retaining world-class faculty at the State University of New York. EIP researchers are leaders in their field, involved in groundbreaking research with a vision of growth for SUNY and their respective fields. Faculty bring experiential research opportunities to life through dynamic partnerships with fellow faculty, researchers and students.