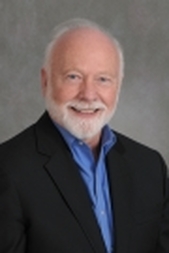 Daniel O’Leary, Distinguished Professor of Clinical Psychology at Stony Brook University, is one of ten professors in the country to be honored with a $25,000 cash tribute from the Elizabeth Hurlock Beckman Award Trust for motivating former students to make a difference in their community.

“A professor who can motivate a student to change the world is one of the most valuable resources we have in America,” said Andrew Davidson, a Beckman Award Trust committee member. “It is an honor for the Beckman Trust Award committee to pay tribute to ten more exceptional mentors this year.”

Dr. O’Leary’s career has involved research on externalizing problems of children and adults, with the first half of his career focusing on children with issues such as Conduct Problems and ADHD and the second half on aggression of adults in intimate relationships. His current research focuses on the etiology, treatment and prevention of partner abuse (physical and psychological aggression in intimate relations). O’Leary’s research team has been studying factors in marriage that lead to clinical depression and brief treatments to reduce depression and increase marital satisfaction in couples in which one partner is clinically depressed. He is particularly interested in the association of alcohol use and aggression against one’s partner, with the overall goal of understanding the factors that influence recall about physically aggressive incidents in marriage and close relationships.

“The role of mentor has been one of the most rewarding aspects of my life,” said Professor O’Leary. “I mentored 50 doctoral dissertations and 13 postdoctoral research fellows across 44 years. In being able to mentor these doctoral students, many of whom had marked impacts on their careers, I had certain definite advantages. The clinical program at Stony Brook attracted excellent graduate students. We trained clinical psychologists as cognitive behavior therapists when the field of cognitive therapy was just beginning and many universities were looking for faculty with such expertise.”

The two former Stony Brook students who recommended Dr. O’Leary for the Beckman Award have had major impacts on the lives of children and families. Dr. Suzanne Bennett Johnson is viewed as the “grandmother” of a whole movement to include psychological and behavioral services in the management of people with diabetes. In fact, the American Diabetes Association now has guidelines for the psychosocial care of people with diabetes, and Dr. Johnson received an award recognizing her accomplishments in this area. In 2001-2002, she served as a Robert Wood Johnson Health Policy Fellow for then-Senator Hillary Clinton. During her fellowship, she wrote the Lifespan Respite Care Act, which became law in 2006. Attesting to her interpersonal and political skills, in 2012, she was President of the American Psychological Association.

Dr. William E. Pelham is viewed as the “grandfather” of behavioral and multimodal interventions for ADHD, which are now widely viewed as essential components of treatment for ADHD. His work is featured prominently in the guidelines for treating ADHD that are promoted by the American Academy of Pediatrics, the Association for Child and Adolescent Psychiatry, and CHADD, the country’s leading parent advocacy organization for families with ADHD children. In 2007, he was named as one of the top 10 among the country’s 1,900 academic clinical psychologists in peer-reviewed publications.

The Beckman Award Trust originated in 2008 by Gail McKnight Beckman in recognition of her mother, Elizabeth Hurlock Beckman, a notable instructor and an esteemed author who made history in her field for being one of the first female psychology professors at Columbia University. The impact of the nominee is evaluated by the impact of his or her work as well as the impact of the individuals mentored by the nominee.

Professor O’Leary will receive the award on Saturday, November 14, at the Grand Hyatt Atlanta in Buckhead.