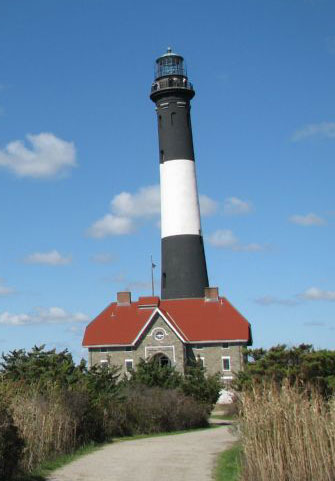 Greetings from Fire Island, a documentary researched and written by Frank Turano, a research assistant professor in Stony Brook University’s Department of Ecology and Evolution, will air October 31 at 10 pm on WLIW21.

The film is part of WLIW’s program “Long Island Screening Room,” which spotlights the work of professional and student filmmakers who work or study on Long Island. Executive Producer Diane Masciale hosts the series and conducts interviews with someone connected with the films about their respective journeys in creating each project. “Long Island Screening Room” also shares news about the film culture on Long Island including film festivals, new university programs, special events and more.

Turano is a native Long Islander who has spent 34 years in public education. He has a BS in biology and chemistry from St. John’s University, an MS in marine science from Adelphi University, an MA in anthropology and a PhD in historical archaeology from Stony Brook University. Turano has been teaching Long Island Environmental History at Stony Brook since the mid-1970s. In 1999 he collaborated on the production of the documentary film Baymen and was the writer/researcher for the Telly Award winning film A Farm Picture, which traced the development of farming on Long Island.