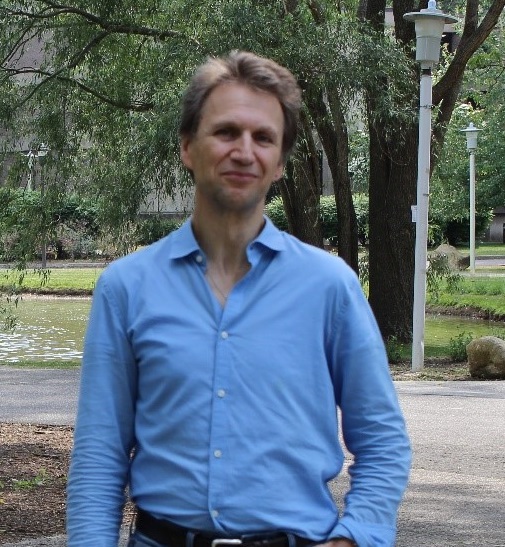 Computer Science Professor Klaus Mueller will serve as the next Editor-in-Chief of IEEE Transactions on Visualization and Computer Graphics(TVCG) — the preeminent publication in the field of visual computing. The Institute of Electrical and Electronic Engineers (IEEE) is a global association of professionals working toward the development, implementation and maintenance of technology-centered products and services.

As part of his three-year term, Mueller will also be a member of the Transactions Operations Committee and an ex officio, non-voting member of the Publications Board.

“It is an honor to be named to this position. IEEE TVCG is a well-respected journal that I have long admired,” said Mueller.

Mueller started out at Stony Brook University in 1999 as an assistant professor and has been a professor in the Department of Computer Science in the College of Engineering and Applied Sciences since 2012. He earned his PhD in Computer and Information Science from Ohio State University. His research focuses on data visualization, visual analytics, data science, big data, human-computer interaction, medical imaging, computer graphics, virtual and augmented reality and high performance computing.

Mueller is also founding chair of SUNY Korea’s Department of Computer Science. SUNY Korea is the first American university in Korea and Professor Mueller served in that capacity for four years from 2012 to 2015. Aside from this position he also served as SUNY Korea’s VP for Academic Affairs and Finance for two years.

Earlier in 2018 Mueller was inducted into the National Academy of Inventors. In addition to this honor, he received the Golden Core Award and a Meritorious Service Certificate from the IEEE Computer Society in 2016. He received the SUNY Chancellor’s Award for Excellence in Scholarship and Creative Activity in 2011.