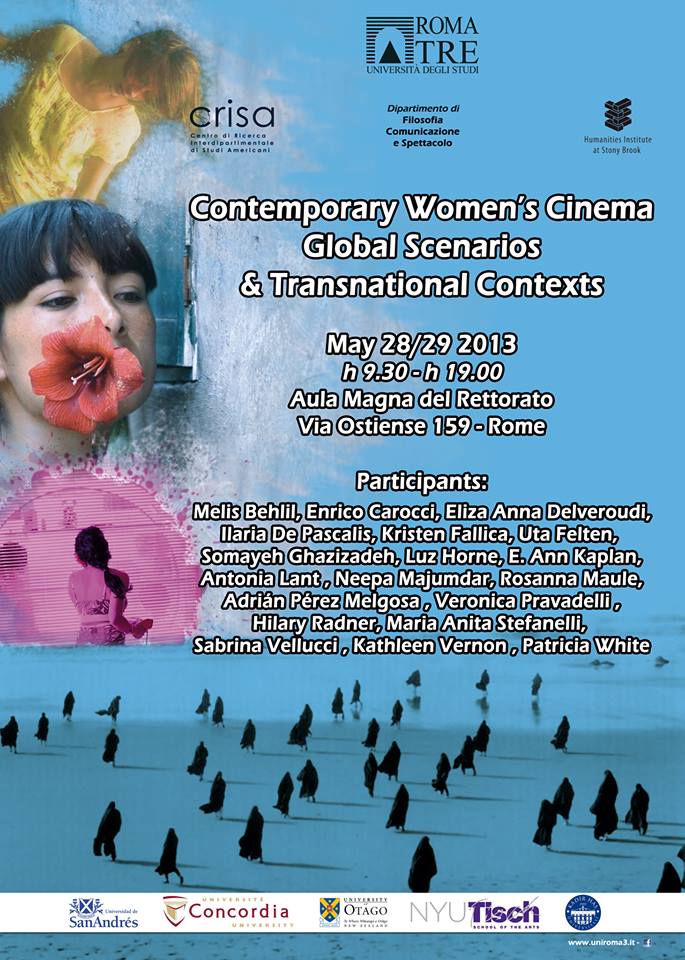 The first of a series of international collaborative conferences on women’s cinema worldwide took place in Rome this past May. This initial conference, “Contemporary Women’s Cinema: Global Scenarios and Transnational Contexts,” was planned together by Veronica Pravadelli, Director of the Center for American Studies at Università degli Studi Roma Tre in Italy, and Stony Brook University’s E. Ann Kaplan, Distinguished Professor of English and Cultural Analysis and Theory in the College of Arts and Sciences, and Director of the Humanities Institute at Stony Brook (HISB).

The conference included 19 international scholars of women’s cinema — representing 10 nations including Argentina, Canada, Germany, Greece, India, Iran, Italy, New Zealand, Turkey and the United States — that presented papers in a series of seven panels. Among the topics addressed were the changes in subject matter and style between earlier feminist films and more recent works; debates about the viability of global and transnational feminisms as evidenced in film; a focus on the ways in which women in these cinemas are able to negotiate political, national and other differences; the history of women’s cinema in nations not often addressed; and the exploration of production, distribution and exhibition concerns across diverse international contexts.

“It was thrilling to meet scholars working on women’s cinemas in such diverse national contexts and to find areas of overlap as well as differences,” said Kaplan. “We all learned from one another’s research and left Rome enriched by all that we had heard. Professor Pravadelli and her faculty and students hosted us warmly.”

The conference came about after Pravadelli, who works on American media at Università degli Studi Roma Tre and has a special interest in women and film, invited Kaplan to lecture on feminist film theory at her university. Kaplan has been a pioneer in this field for years, and Pravadelli has used Kaplan’s research in her classes and scholarship.

“We got along well and realized that we shared an interest in expanding studies of women in the cinema to explore the relatively new phenomenon of women directors emerging in multiple nations around the world,” said Kaplan. “It seemed the moment to find out more about what these women were making films about, what styles of cinema interested them, what their conditions for producing and exhibiting their films were, and how far interests regarding female issues were similar or different from those of Euro-centric women.”

The first conference went so well, the group decided to continue to meet in different locations around the globe. “Women from Canada, Turkey and Argentina are already vying for hosting a third conference,” Kaplan said.

Look for updated information on the HISB website as the Stony Brook event approaches.